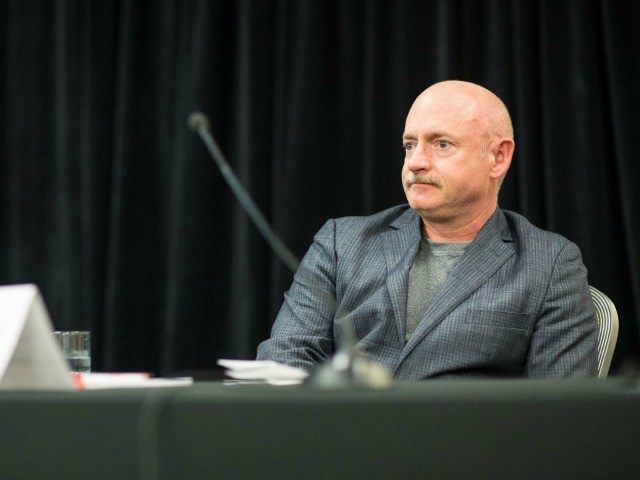 On June 16, just two days after unarmed Republican house members were attacked in Alexandria, Virginia, gun control proponent Mark Kelly pledged to fight the national reciprocity legislation that would allow congressmen to be armed for self-defense.

Rep. Steve Scalise (R-LA) was left in critical condition, and four others were also wounded when the attacker opened fire during Wednesday’s congressional baseball practice. The gunman carried an “assassination” list in his pocket that contained the names of three GOP house members who were at the baseball practice.

GOP lawmakers responded to the shooting by stressing a renewed focus on national reciprocity, with some pointing out that they have concealed carry licenses but cannot keep guns with them because they have to drive into Washington D.C., which has draconian gun control laws. On Thursday, Rep. Thomas Massie (R-KY) sought to remedy this situation by introducing legislation that would that would force D.C. to recognize the carry permit of every state.

In other words, D.C. would adopt national reciprocity. But on Friday, Kelly pledged to stop any effort to pass legislation that would allow law-abiding citizens to be armed in this fashion.

Speaking to NPR, Kelly said he and his wife are fighting against “concealed carry reciprocity.” He also vowed to fight efforts to remove “gun-free zones in schools.” He couched these statements amid a larger discussion of creating a “safer society.” But the problem–as Wednesday’s attack showed–is that barring law-abiding citizens from having guns with them for self-defense only makes them vulnerable. Congressional baseball practice attendee Rep. Mike Bishop (R-MI) said it made them “sitting ducks.”

Kelly also failed to note that his wife, Gabby Giffords, was shot by a man who passed a background check to acquire his gun.