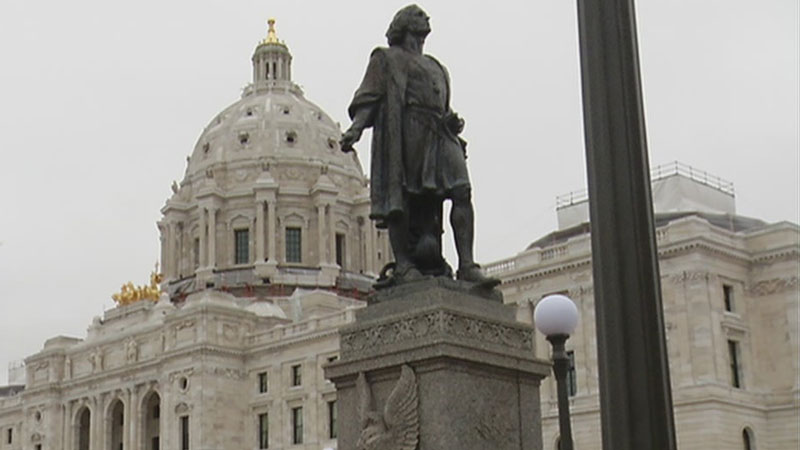 Now that monuments and statues of Confederate figures have been dealt with, the next target for removal is apparently Christopher Columbus. In Maryland, a statue of Columbus was vandalized. NYC Mayor Bill de Blasio has said that they’re looking in to taking down their statue of Columbus, and in Minnesota, there’s even a petition drive to replace the statue of Columbus located at the State Capitol building with one of Prince, the Minnesota native recording artist who passed away in 2016.

Petition to remove MN's Columbus statue from the state capitol and replace it with a Prince statue! https://t.co/9esPRYEwzn

The petition’s author Wintana Melekin says that “Prince represents Minnesota values and Columbus does not.”

In an interview with website Watch the Yard, Melekin said that the presence of the Columbus statue at the State Capitol does not make the building feel “welcoming.” Melekin believes that Prince is something that all Minnesotans can rally behind.

“I spend a lot of time at our State Capitol. It’s a space that already does not feel inviting or inclusive to communities of color. So to see Columbus every day in front of the building does not make it feel more welcoming. So I put the petition together because I wanted to see someone, Prince, at the capitol because he represents a part of Minnesota that we are all proud of,” she stated.

While she’s unsure as to how this exactly will happen, she believes that Prince is a more appropriate and unifying figure for the Capitol than Columbus.

Melekin was also behind last year’s successful effort to designate the day Beyoncé performed in Minneapolis as “Beyoncé Day” throughout the state.