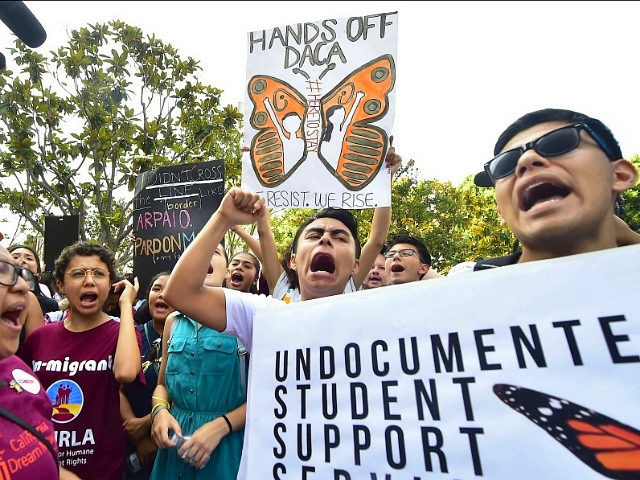 Illegal DREAMers make up nearly 10% of the prison population in Arizona alone.

Though these kids were brought into the country by their equally-illegal parents, America is a nation of laws.

Younger illegal immigrants in Arizona make up a far larger percentage of the state’s prison inmates than their share of the population would suggest, according to a new analysis.

While illegal immigrants ages 18 to 35 — a group immigration activists call “Dreamers” — are about 2 percent of of the Arizona population, they are almost 8 percent of the prison population. The over-representation by a factor of four shows that younger illegal immigrants in Arizona are far more likely to commit crimes than U.S. citizens or legal […]