Hundreds of Hindu-Americans marched to the White House Saturday and chanted their support for President Donald J. Trump and his immigration policies.

“The appropriate acronym of DACA should be DAICA–Delayed Action for Illegal Childhood Arrivals,” said Krishna Bansal, the national policy and political director for the Chicago-based Republican Hindu Coalition, which sponsored and organized the rally with the support of Shalabh “Shalli” Kumar and his family.

Kumar is the Indian-born billionaire, who founded the RHC and is the man, who led the RHC’s 2016 outreach to Hindu-Americans, which garnered for Trump 65 percent of their votes compared to the 16 percent of the Hindu-American vote received by the 2012 GOP presidential nominee former Massachusetts governor W. Mitt Romney. 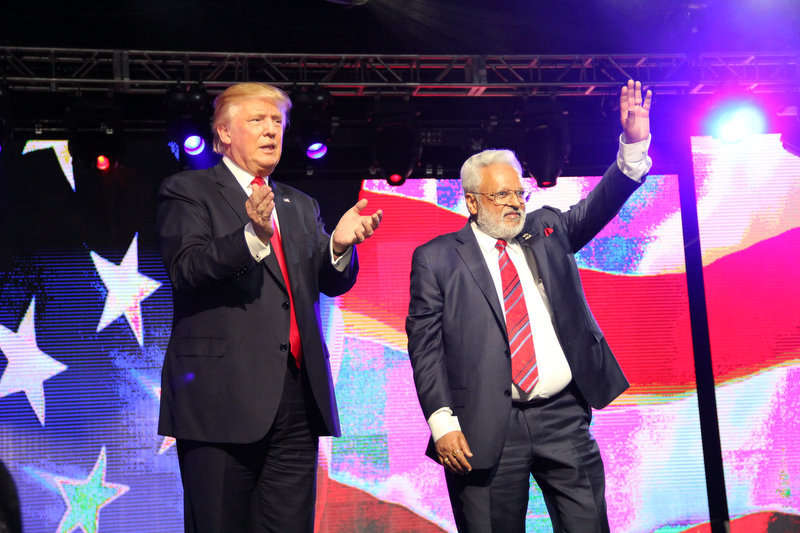 Bansal said the position of the RHC is to have compassion for the young illegal aliens covered by President Barack Obama’s DACA program.

“We want the threat of deportation, a sword hanging on their necks, removed,” he said.

“Hindus have deep connections in the Hispanic community–many Hindus are mistaken for Hispanics and vice versa–the ‘DAICA’ would gladly pay have participants paying $2,500 per year for 10 years in exchange for the removal of the sword, which would be set aside to pay for the Wall,” he said