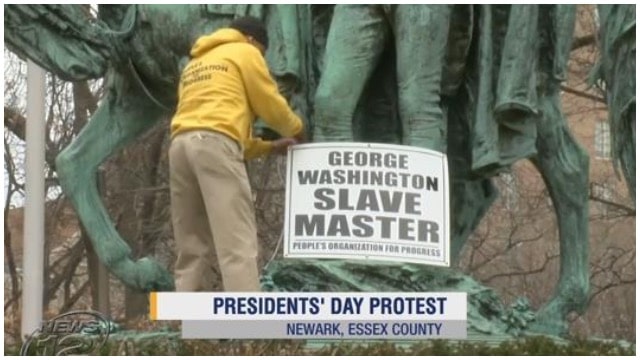 Not even America’s first president is safe from the wrath of the liberal agenda.

From News 12 via Weasel Zippers:

A group of activists held a protest next to a statue of George Washington this Presidents Day to call attention to the country’s Founding Fathers who owned slaves.

One of the activists climbed up on the statue in Newark’s Washington Park with a sign that said “George Washington: Slave Master.”