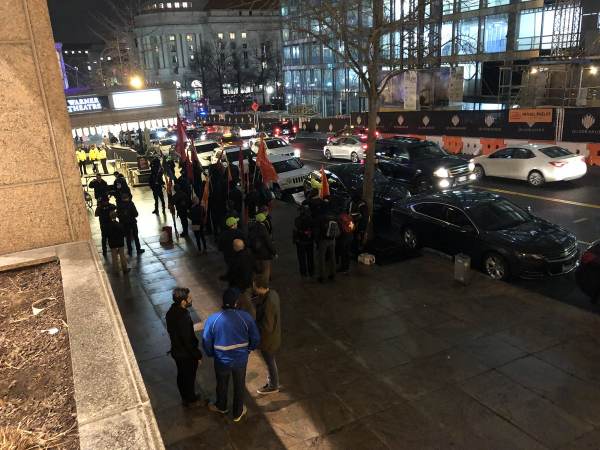 Antifa protested ‘A Night For Freedom’, a conservative gala being held at private location in Washington D.C. Saturday.

‘A Night For Freedom’ is a conservative gathering hosted by Mike Cernovich so Antifa lost their minds.

One of the Antifa leaders, Lacy MacAuley posted to her Twitter account earlier Saturday telling her troops to protest the ‘Fascists’.

Plans were to convene an hour earlier at Trump Hotel. That was before we knew where the fascists were holding their banquet 🙂#AFIGHTFORFREEDOMhttps://t.co/1VbNnuIYh2 pic.twitter.com/7JyXGGbrk2

More attacks from the violent left.

CALL THE GAYLORD. Get them to dump “A Night for Freedom” with toxic fascist, anti-Feminist, anti-immigrant speakers like Mike Cernovich, Milo Yiannopoulos, and Jack Posobiec.