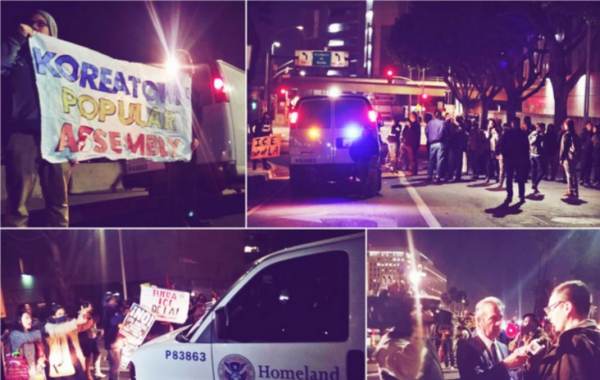 A mob of approximately 70 anarchists and open borders activists surrounded an Immigration and Customs Enforcement van with two agents inside on Thursday evening in Los Angeles.

The incident took place outside the Metropolitan Detention Center in response to ICE arresting more than 200 illegal aliens throughout the city during a five-day operation.

The mob was organized by the Koreatown Popular Assembly, an anarchist group, who has been operating a 24 hour “rapid response” hotline to monitor and respond to reports of ICE raids. It is unclear what their planned response entails.

“With over a year of preparation and training the hotline is staffed with around 30 dispatchers who volunteer to do two to three 4-hour shifts a week. In turn the network has trained nearly 100 first responders who […]