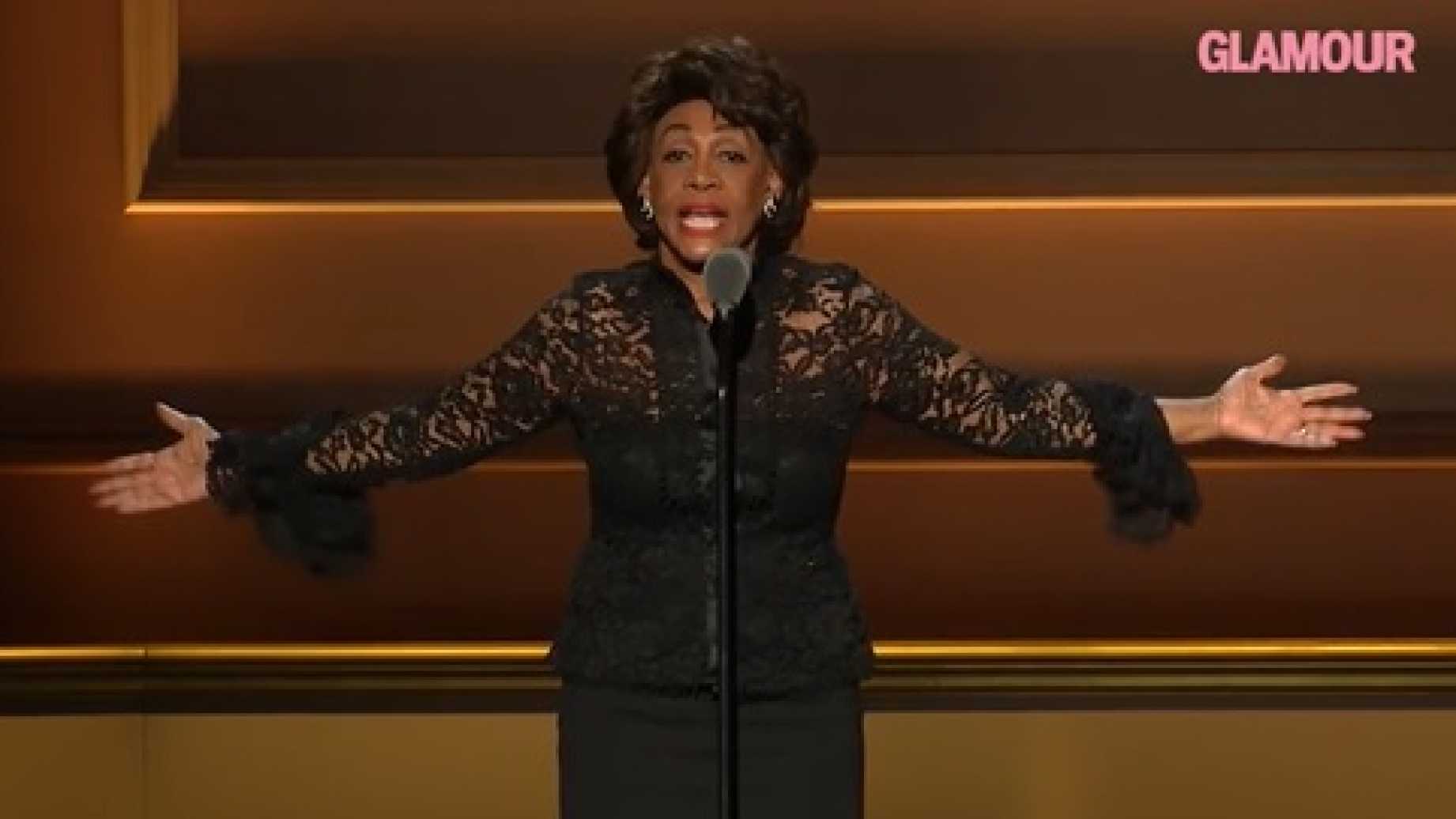 Rep. Maxine Waters, who was just a few years ago named one of the “most corrupt” elected officials in Washington, has become an anti-Trump and feminist hero of the Left. On Monday night in New York City, Waters was honored at Glamour’s “Women of the Year Awards,” where she predictably led the feminist crowd in an “Impeach 45!” chant.

Closing out her remarks after being presented with the award, Waters received a standing ovation from the star-studded crowd for calling for the impeachment of President Donald Trump, a seeming habitual act from the 78-year-old.

The audience echoed the chant, and Waters returned to the mic in all her glory for more: “Impeach 45!”

Maxine Waters just ended her speech at the #GlamourWOTY awards by shouting “IMPEACH HIM!!!” and leading a “Impeach 45” chant. pic.twitter.com/RDXoLkd7wI

The banal chanting was apparently satisfying to the crowd of feminists.

There are few things more satisfying than participating in a Maxine Waters-led “Impeach him!” group chant. #GlamourWOTY

As noted by Newsweek, the rep, just last month, riled up a crowd at the Women’s Convention with a call to “resist” Trump.

“This is a man with no good values, no good intentions and no good respect. That’s why I know we must keep fighting and that women must lead this resistance,” said Waters. “We cannot afford to be shut down or shut up by any man, particularly not one as indecent and deplorable as Donald Trump.”