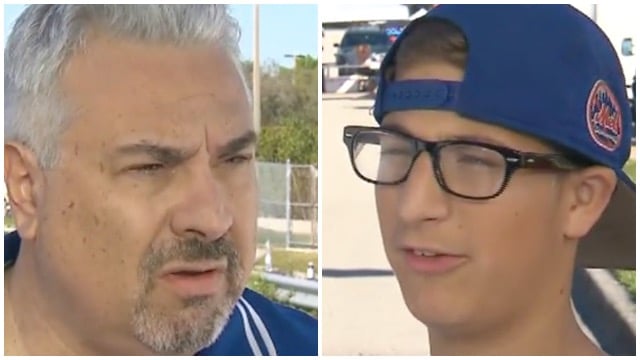 A family has survived not one, but TWO mass shootings in the span of just four months.

Braden Freidkas lived through the Florida school shooting where 17 people were killed, while his father made it through the Las Vegas massacre that left 58 dead.

Braden spent the shooting in the classroom of his favorite teacher, Scott Beigel – or Mr. Beigel to him. Beigel heroically corralled students into his classroom and later died defending them. Braden had to step over the body of his favorite […]