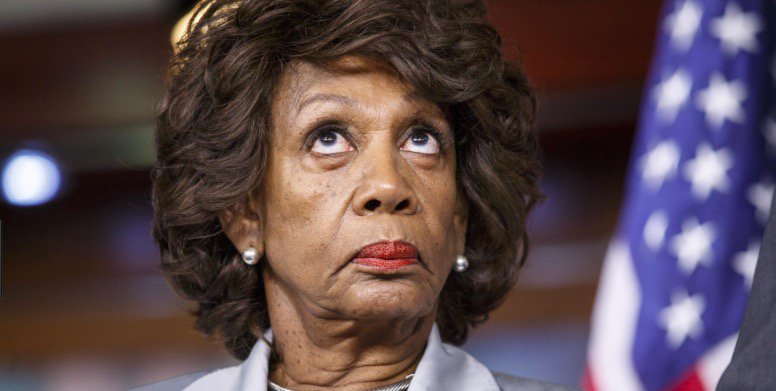 The Democratic Party fancies itself as the party of the future, but one of its top stars was born when gasoline was only 10 cents a gallon.

It’s been quite a year for Mad Max, who is darling of the “Resist Trump” crowd and one of the Democrats’ newest hopes.

While Waters was yukking it up with the ladies on “The View” in early August, she said after Democrats are done impeaching President Trump, they’re going to go after “Putin” next.

She apparently meant to refer to Vice President Mike Pence.

“Do you think Pence will be better than Trump if he were impeached?” Joy Behar asked.

“No, and when we’re finished with Trump, we have to go and get Putin,” Waters responded.

“We’ll get two-for-one with Trump and Putin, and then go after Pence,” Behar said.

While the California congresswoman was able to ask Treasury Secretary Steve Mnuchin questions during a Financial Services Committee hearing today, she repeatedly reclaimed her time, preventing him from providing answers.

Waters began sparring with Mnuchin after he had a question about the hearing rules.

“Mr. Chairman, I thought when you read the rules, you acknowledged I shouldn’t be interrupted and that I would have—,” Mnuchin said to committee chairman Jeb Hensarling.

“Reclaiming my time,” Waters interjected. “What he failed to tell you was, when you are on my time, I can reclaim it.”

She went on to demand an answer to her question about why the Secretary allegedly did not answer a letter she had sent him.

“I was going to tell you my response,” he said, before Waters interrupted, “Just tell me.”

As Mnuchin attempted to explain how the Treasury Department has cooperated with several Congressional committees, Waters interrupted again.

After Hensarling clarified the rules, Mnuchin attempted to answer again.

As he asserted that his department has been “very responsive,” Waters interrupted again.

“Reclaiming my time,” she said, and disputing his statement.

She then went on to another question.

Speaking to reporters with other House Democrats in February, Waters attempted to build the case for why Democrats “may” push for impeachment.

“How can a president who is acting the manner he is acting — whether he’s talking about the travel ban, the way he’s targeted Muslims, or whether he’s talking about his relationship to (Vladimir) Putin and the Kremlin and knowing that they have hacked our (Democratic Congressional Campaign Committee) and the (Democratic National Committee),” she said.

But then the already wobbly wheels began falling off Waters’ rhetoric wagon.

“And knowing that he’s responsible for supplying the bombs that killed innocent children and families in, um, in, um,” she said, forgetting the name before someone behind her murmured, “Aleppo.”

Waters continued, “And the fact that he is wrapping his arms around Putin while Putin is continuing to advance into Korea.”

Referring to Trump, she said, “I think he’s leading himself into that kind of position where folks will begin to ask, ‘What are we going to do?’ and the answer’s going to be, ‘Eventually, we’ve got to do something about him.’”

Waters recently appeared in New Hampshire, sparking speculation she may declare her candidacy for president in 2020.

She would be 83 on Election Day.