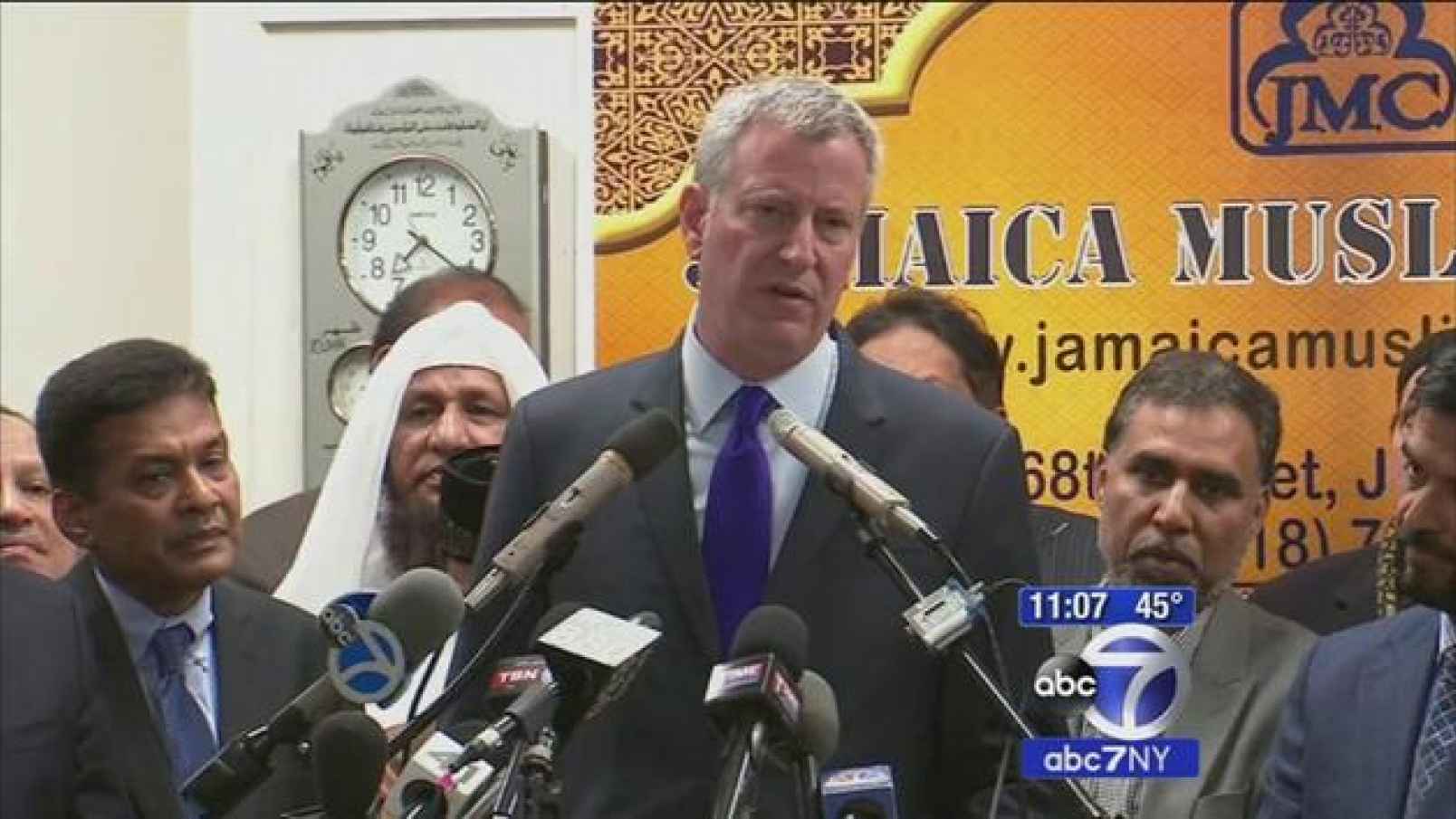 A former top city official sued Mayor Bill de Blasio for $5 million-plus on Wednesday over claims he was illegally fired for blowing the whistle on alleged City Hall corruption — and refusing to help out a Queens restaurant owner who’s admitted bribing the mayor.

Court papers accuse de Blasio of committing a “gross breach” of conflict-of-interest rules when he called then-DCAS Commissioner Stacey Cumberbatch in 2014 and asked her to meet with mayoral supporter Harendra Singh, who at the time owed the city millions of dollars tied to his since-shuttered Water’s Edge restaurant in Long Island City.

Court papers say Morales then began a series of sit-downs with Singh, culminating in a July 15, 2015 meeting at which Singh and Neal Kwatra — a lobbyist and political consultant with ties to the mayor — exploded in rage and stormed out when Morales refused to give Singh “special treatment.”

Morales also claims top de Blasio aides tried to cover up the scandal involving Rivington House — a nursing home on the Lower East Side that was sold for conversion to luxury condos — by “attempting to arrange for City officials to give knowingly false testimony” to the City Council.

This is one in a series of similar Bill de Blasio scandals. The media selected mayor keeps getting caught in some very questionable conduct. Like the Campaign for One New York slush fund.

Let’s flash back to last month.

Harendra Singh — an early supporter of de Blasio’s mayoral bid who raised $27,000 for his 2013 run — made the admission in sealed federal courtroom proceedings in October 2016, pleading guilty to bribery and wire fraud.

But still no actual investigation of de Blasio. And the Great Progressive Hope claimed that his donor lied about the bribe.

Mayor Bill de Blasio on Friday said a donor, who pleaded guilty to bribing him in exchange for favors from City Hall, fabricated his story to prosecutors as part of a plea deal, insisting no bribery ever took place.

De Blasio, once again pointing out that he never faced criminal charges in a now-concluded federal investigation, said Singh was lying.

“This guy, to save his own skin, struck a plea deal with the federal prosecutors,” the mayor said Friday. “He agreed to certain charges for his own self-preservation, but I have been a hundred percent consistent — what he said happened did not happen, period.”