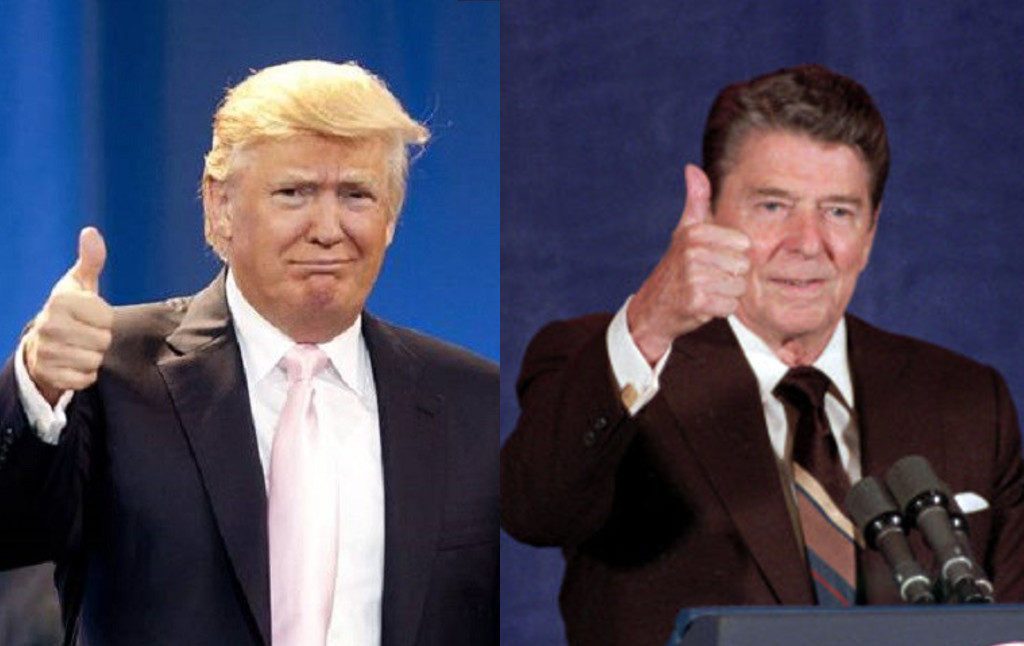 A recent event in Washington featured accomplished academics and government officials, some of whom had worked for either the George W. Bush or Obama administrations, discussing the first year of the Trump administration.

The moderator for one panel mentioned how a former president had been unfairly maligned during his time, and how a significant percentage of Americans had held a low opinion of him.

Since then, however, new evidence emerged that changed the perception of that president—declassified information on how he ran his meetings and made decisions. Essentially, the evidence shows that president to have been an effective commander in chief who made wise decisions.

It appears that this president’s critics—who had scoffed at and maligned him—were wrong in their assessment, and history’s evaluation has been much kinder.

Despite this insight, I was surprised to find that most of the rest of the panel consisted of scoffing at and maligning our current president, Donald Trump.

I raised my hand. I asked the moderator, given that history often sheds new light on our presidents, is it possible that we were falling into the same trap? Are we evaluating our current president too harshly? Are we assuming too much?

After all, wasn’t the entire premise of his book that we’ve unfairly judged presidents in the past?

He responded by saying yes, that is a possibility, but we can’t possibly know it until much later. So the attacks—the scoffs, the chuckles—on our current president continued.

His response left me unsatisfied. American presidents typically are attacked both fairly and unfairly—it’s been a feature of our republic since the founding. But why do we have to wait decades later before we think more deeply or exercise more caution about our presidents?

Two presidents, in particular, demonstrate to us the need for this caution.

Throughout his tenure, Dwight D. Eisenhower was dismissed by critics as passive and disengaged—as a benign, grandfatherly figure who was ill-suited for the atomic age.

His occasional mispronunciations gave critics the impression that he didn’t have the intellectual heft to be president. The fact that he appointed several business leaders to his Cabinet convinced some that he was a puppet of Wall Street.

The year after Eisenhower left office, academics ranked him as a below-average president (21st out of 31).

Of course, presumptions about Eisenhower’s intellect ignored the fact that he was one of the most accomplished military figures in American history, leading the successful invasion of Normandy in 1944 and serving as the first supreme commander of NATO.

Since then, historians have discovered that Eisenhower’s supposed passivity was a misperception that resulted from his preference for working behind the scenes, and that in actuality, he was fully in charge of his presidency.

They also note that Eisenhower deftly handled several Cold War crises in the nuclear age (in the Taiwan Strait, the Suez Canal, and in Lebanon, to name a few), all the while keeping the peace.

In some ways, Eisenhower’s genial persona was a valuable political asset that he exploited to maximum political benefit. It allowed him to remain above the fray, immune to petty politics.

In 2017, a C-Span survey of academics ranked Eisenhower as the fifth-greatest president, even ahead of Founding Father Thomas Jefferson.

More recently, Ronald Reagan also was dismissed as an intellectual lightweight, an “amiable dunce.” Reagan’s critics believed him to be a right-wing war monger whose defense budget increases and tough rhetoric against the Soviet Union (or, as he called it, the “evil empire”) could lead to nuclear war.

In 1980, Reagan insisted he was “willing to negotiate an honest, verifiable reduction in nuclear weapons.” Soon after entering office, he explored the possibility of reducing nuclear weapons and even eliminating all intermediate-range nuclear missiles in Europe.

These efforts seemed to go against Reagan’s image as a right-wing cowboy.

Critics, including those in the Freeze movement (which advocated a freeze in the building of nuclear warheads), dismissed Reagan’s moves as efforts to kill arms control efforts. There was no way, they believed, that right-wing Reagan was serious about reducing Cold War tensions.

But when Soviet leader Mikhail Gorbachev took power in Moscow in 1985, Reagan found a willing partner. The rapport they built up in their summits in Geneva in 1985 and Reykjavík in 1986 helped to end the Cold War.

Reagan’s critics no longer could question his sincerity when he and Gorbachev signed a treaty in 1987 that eliminated all intermediate-range nuclear and conventional missiles—far beyond what any previous Democrat or Republican president had achieved in nuclear arms control.

While Eisenhower’s critics misjudged his capabilities, Reagan’s misjudged both his capabilities and his intentions. When he said he was willing to talk with the Soviets and reduce the threat of nuclear weapons, he really meant it, and proved it by his actions.

It is always a tricky thing to attempt to discern someone’s motives. Like all of us, presidents are complex individuals facing a myriad of pressures.

When it comes to our current president, this game gets even more difficult amid the fog of fake news and tweets. Almost everyone has strong opinions on Trump that, in some way, bias our evaluations of him.

History offers a cautionary tale—especially to the scoffers in Washington—that our initial assessments of presidents could be wrong and that future generations could see them very differently.