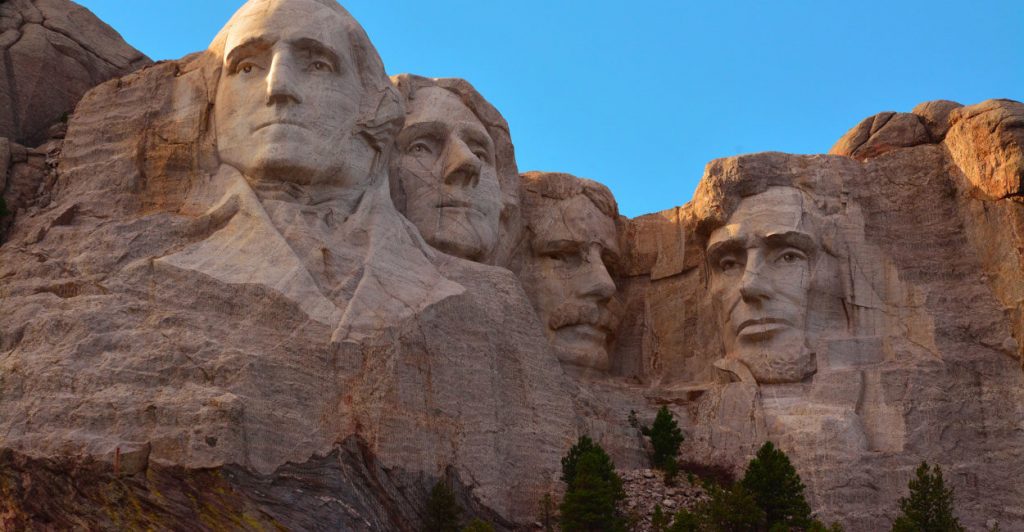 Over Presidents Day weekend, what more appropriately should be a celebration of George Washington’s birthday, The New York Times published the results of a survey of “politics experts” who ranked American presidents from greatest to worst.

The poll relied on “170 members of the American Political Science Association’s Presidents and Executive Politics section.”

Their list puts President Donald Trump, who has been in office for only about a year, in dead last place.

Barack Obama sits at eighth place, with Abraham Lincoln atop the standings.

Trump took over the last slot from James Buchanan, who preceded Lincoln in office and made many egregious missteps before the Civil War.

Among the other oddities on this list is William Henry Harrison at third to last. Harrison spent only about a month in office because he contracted pneumonia and died after delivering his record-long inaugural address in the rain. It is strange to list him as a “bad” president when he really had no record at all.

Other leaders have mysteriously shifted in rank since the survey last was conducted in 2014.

Trump’s rating carries on the recent trend of historians and political scientists, a fairly liberal demographic, assessing any Republican currently in the White House as the “worst in history.”

Similar polls released during the presidency of George W. Bush also frequently put him dead last or close to it.

So the news that Trump did poorly in a poll of presidential “experts” is hardly shocking. But it is revealing, and shows a distinct lack of historical perspective from people who should know better.

Or, at least, one would think they’d know better, but some survey responses may cast doubt on that too.

When asked which presidents should be the next to be placed on Mount Rushmore, five of these so-called politics experts listed Lincoln, Washington, and Theodore Roosevelt, whose visages are all already carved into Mount Rushmore.

3% of the *presidential scholars* in this survey said Washington, Lincoln or TR should be the next presidents on Mount Rushmore (despite them already being on Mount Rushmore) pic.twitter.com/jwF1yRKiG6

Apart from this shocking cluelessness, it would be fair to call into question any serious assessment of a presidency during its first few years. Even immediately after a president leaves office it’s difficult to assess if he succeeded or failed.

As Richard Lim, host of a podcast on American presidents, noted in The Daily Signal, judging a president’s accomplishments of lack thereof in the heat of the moment is, for the most part, folly.

>>> History Has a Way of Vindicating Great Presidents. So Don’t Prejudge Trump.

“Almost everyone has strong opinions on Trump that, in some way, bias our evaluations of him,” Lim wrote. “History offers a cautionary tale—especially to the scoffers in Washington—that our initial assessments of presidents could be wrong and that future generations could see them very differently.”

As Lim explained, assessments of presidents often have swung wildly over the years. At one time, Dwight Eisenhower was dismissed as an unintelligent, “do nothing” president, but further examination of his abilities behind the scenes and a cooling of partisan ardor raised his standing considerably.

Even Bush, who so frequently found himself in the very bottom rung of surveys, has steadily climbed in the rankings.

Apart from this inability to fairly judge recent presidents, it may be right to question anyone’s capacity to objectively rank them. Yet, such lists have almost become a cottage industry.

Historian Arthur Schlesinger Sr. first released a poll on presidents in 1948, and at least it more fairly excluded those who had died early on in their term of office, like the aforementioned Harrison and James Garfield.

Since then, the wave of similar surveys more likely reflected the politics of those casting their votes than the abilities of our presidents.

As historian Alvin Felzenberg wrote in his book assessing presidents, “The Leaders We Deserved”: “[T]he popularization of Schlesinger-style surveys … freed journalists, political commentators, museum curators, and students of all ages from having to offer evidence in support of their opinions.”

Felzenberg concluded that these surveys are simply clouded by the bias of the rankers, regardless of their qualifications.

Average Americans often diverge greatly from the putative experts in presidential surveys, and who is to say they are wrong?

The truth is, we shouldn’t put much stock in such surveys that rank the presidents. While there is no doubt that some men have filled the office more ably than others, our evaluation of their time in office is highly dependent on the traits that we personally respect, admire, or find valuable.