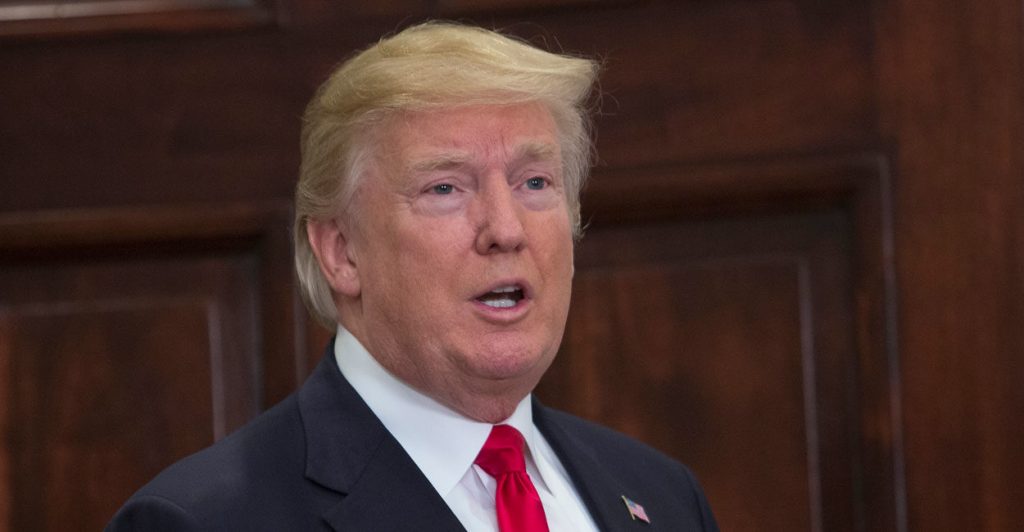 President Donald Trump said that “in America, we don’t worship government. We worship God,” in his remarks at the CPAC conference in National Harbor, Maryland.

“Why do we protect our government buildings but not our schools?,” Trump said. “When we declare our schools to be gun-free zones, we put them in more danger…I don’t want 100 guards with rifles all over the school. That’s why you have a concealed carry permit.”

“A teacher would have shot the Hell out of him before it ever happened,” Trump said of the shooting, harshly criticizing the security guard Scot Peterson who did not enter the school during the shooting.

“These are animals,” Trump said of MS-13 gang members, slamming the “catch and release” policy. “I can’t get the Democrats, and nobody has been able to for years, to get laws to “catch these savage killers, lock them up, and throw away the keys.”

“Matt didn’t say, when I was here in 2011 I made a speech, and I was received with such warmth. Do you still do that, Matt? The best speech of CPAC? Matt probably doesn’t want to say because he doesn’t want to be controversial,” Trump said, referring to CPAC head Matt Schlapp. President Trump also wondered aloud to Schlapp about how a protester got in.

“Matt, you better pick me [for the best speech award] or I’m not coming back,” Trump said.

“We reversed the Iran nuclear deal, it was a terrible deal. Kerry might be the worst negotiator I’ve ever seen. Have you ever seen a million dollars in cash? Now imagine $1.8 billion in cash,” Trump said, referring to President Obama’s cash shipment to Iran.

“People who don’t like us, we treat them much more badly than they can even imagine. That’s how it’s got to be,” Trump said.