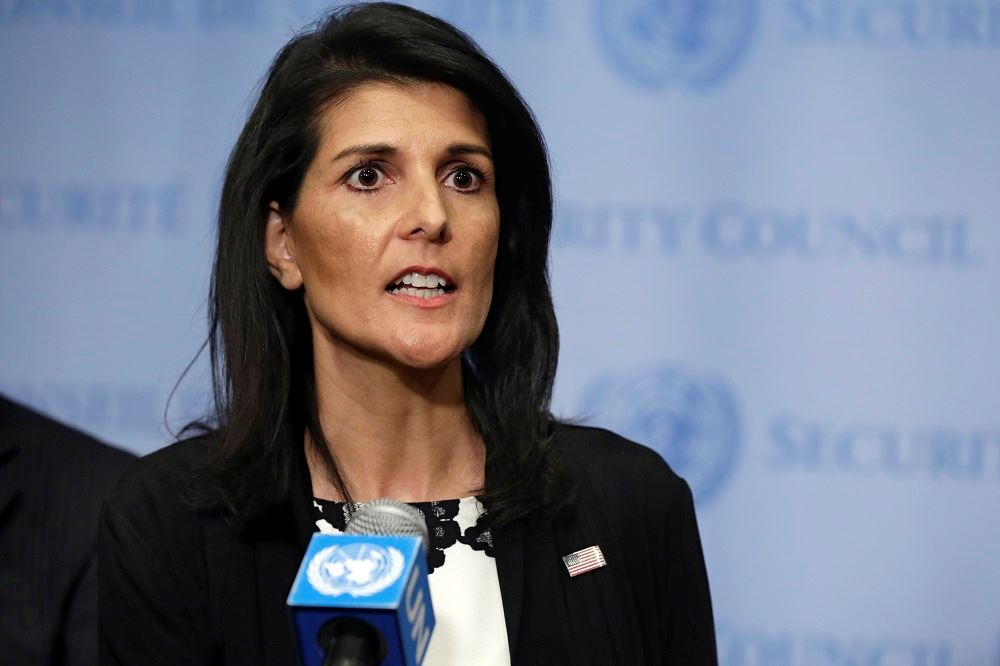 I get more enamored of U.S. Ambassador to the United Nations Nikki Haley with each passing day. Somehow I missed this story. Last Thursday night Haley in no uncertain terms told congressional Republicans that Russia is no “friend” of America and doubled-down on President Trump’s recent request that Congress help stop giving money to countries that don’t support the United States. Glory freaking hallelujah! It’s about damn time someone said it. “Russia is not our friend,” Haley said at a dinner at the Greenbrier resort, where the Republicans were holding their annual retreat. “There may be some things we can work with them on, and we should do that where we can. But Russia … will not be our friend as long as their government has the values that it has, and as long as it conducts itself the way it does internationally.” And don’t forget, as long as it is communist.

Haley’s speech comes after more than a year-long investigation by the politically weaponized Justice Department and FBI into whether associates of Trump colluded with Russian operatives during the 2016 presidential race or during the transition period before the administration moved into the White House. So far… they have found squat. Yes, Manafort is being charged with financial misdeeds from years before the election… I’m all in on that. Flynn was let go for ties to the Russians… I agree with that as well. And yes, I still believe Carter Page is a Russian plant… but none of those translate to President Trump doing anything out of line. And they’ll never prove what just doesn’t exist. There is far more Russian collusion on the left with Hillary Clinton and that is actually provable.

While I am sure that in some way Trump admires Putin, he also knows what a dangerous threat he is to this nation and to the world. I think his advisers and military leaders disabused him of the idea that we could ever be chums. Haley on Thursday evening cited several examples that suggest the administration is tough on Russia — including that it sent weapons to the Ukraine, conducted a military strike on Russian allies in Syria and expelled Russian diplomats in the U.S. Now, if they could just ferret out the spies they have in our government, our media and other places here in the U.S. we’d be getting somewhere. 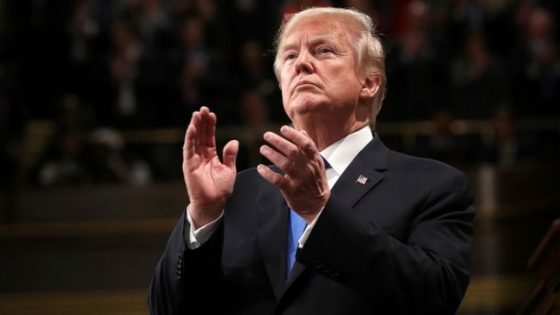 “That fact is this: In the last year, this administration has been tougher on Russia than any American administration since Ronald Reagan,” she said to applause. “I have no idea what Russia expected from the American elections. But I have to tell you, they are not happy with what they ended up with. And that’s the way it should be, until Russia starts to act like a responsible country,” Haley noted. Slow clap… that’s on point and absolutely right.

“And as long as it conducts itself the way it does internationally. Russia is the defender of Assad’s brutal regime in Syria aiding and abetting atrocities against Syrian civilians and vetoing every effort at the U.N. to hold Assad accountable. Russia has an increasingly close alliance with Iran and protects Iran against more vigorous nuclear inspections,” she continued. “Russia continues still legally occupy Ukrainian territory in our own hemisphere. Russia the defender and bankroller of the corrupt and lawless Maduro regime in Venezuela and yes Russia did meddle in our elections. That is not a controversial statement. Russia has been meddling in Western countries’ elections for many years.” That’s exactly what I have been saying forever. I’m thrilled she stated it.

The one thing I saw that gives me pause over the last couple of weeks is that the administration recently said it would not impose new, congressional-imposed sanctions on Russia for meddling in the 2016 elections. But I think I understand why… it hasn’t been substantively proven yet and I don’t think they want to go down that road until their ducks are in a row. Especially with how close we are to war with Russia, China, Iran and North Korea. Haley made it very clear that Russia meddled in the 2016 U.S. election, but also noted that “there is no reason to think the Russian interference made any difference between who won and lost. The very fact that they did it is an outrageous thing, and something the administration is taking steps to prevent in the future,” Haley said.

California GOP Rep. Ed Royce introduced Haley and called her “a rising star” in the Republican Party and a “force” in the United Nations. She is that and more. Haley is an absolute lioness on the geopolitical stage. Haley, a former GOP South Carolina governor, on Thursday night also asked Congress to pass legislation to “help ensure American foreign-assistance dollars always serve American interests, and only go to America’s friends.” That echoes Trump statement during his SOTU address that he wants to restrict billions in U.S. foreign aid to “American friends.” That’s the sane approach, not the groveling one that Obama took.

“This is hugely important,” said Haley to the congressional Republicans, whom she also thanked for their public service. “It’s outrageous to see so many countries who we support go against us at the U.N. In many cases, it’s just that we have not told them we expect them to have our backs at the U.N. That needs to stop. The President and I are now telling all countries we’re watching their votes, and we’re taking names. We need your help to send the same message.” That is an entirely different approach than what we have seen in previous administrations.

“What a difference a year makes,” said Haley, who touted such first-year successes for the administration as dismantling the ISIS and enforcing chemical-weapons restrictions in Syria. We’ve damn near wiped out ISIS and Mattis has become a larger than life nightmare for terrorists out there. He is now turning his gaze towards Russia and China. They should probably take that seriously. Just sayin’. If Haley keeps this up, we may one day see her in the Oval Office.