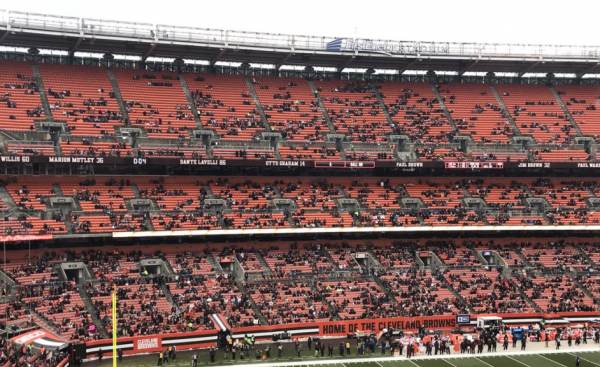 NFL stadium attendance continues to suffer as the backlash from players protesting the National Anthem extends into week 15. Fans from across the league are sharing photos showing stadiums plagued by empty seats this Sunday.

The NFL has been on the losing end of the culture war since players from around the league began kneeling during the National Anthem. Started by former San Francisco 49ers quarterback Colin Kaepernick, the ill-placed form of protest has led to failing stadium attendance, lackluster ratings and the scorn of the most powerful in the world — President Donald Trump.