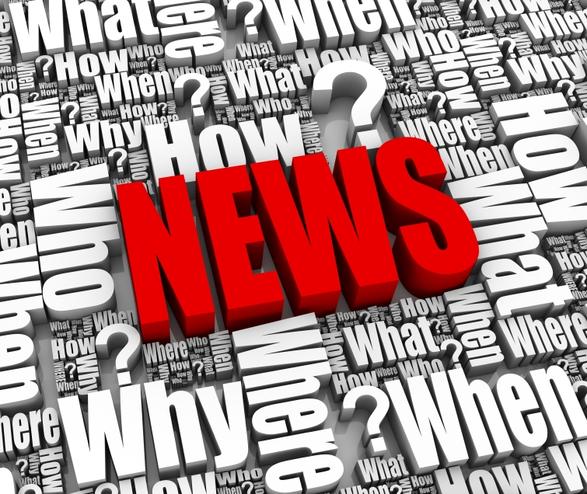 Let’s get this part out of the way first; though I worked as a reporter in Alabama for some years, I never crossed paths with Roy Moore. Nor do I know a single person who knows him personally. I have no idea whether he is innocent or guilty of the accusations which have been leveled against him. I am neither defending him nor his accusers.

This is about how reporters should deal with a story like this and the process you go through when one hits your desk. You have to do a lot of checking and consider the red flags before you can determine if what you have is an actual story. Very often, those red flags make the decision for you. So let me take you through a hypothetical situation.

Let’s say someone comes by the newsroom and accuses someone else of a crime. As a reporter, it’s your duty to investigate everything, no matter how outlandish it might seem at first. So you listen to the person’s story and take notes. Then you ask the obvious questions:

-Was a police report filed? If not, why not?

-Have you ever confronted the accused about this? If not, why not?

In many cases, an accusation is just that. If there’s nothing you can confirm, your next step is to contact the accused to get that side of the story. You tell the person what he or she is accused of and ask for a response.

And if the person denies the accusation, you don’t have a story. But you’re still not done.

Now it’s time for some legal background checks of both parties, so you touch base with law enforcement. If you find something, you can follow those leads. But if nothing turns up, you start to look at those involved personally.

-Is there any connection between the two parties?

-What could be the motivation and background of the accuser?

-What is the background and history of the accused?

-What do work history and social media reveal about them? Very often, an accuser has some sort of axe to grind; a disgruntled former employee, a jilted lover, political agenda, etc. Do Facebook and Twitter posts/followers reveal anything?

At this point you may still have no tangible proof, so you have to consider the red flags.

Which brings us to the Roy Moore story, because there are a lot of them.

Timing: Why after 38 years does this story suddenly come out a few weeks before an election? Sure, back in the day women didn’t come forward with stuff like this, and you can take that into consideration. But Moore has been on the ballot in Alabama eight times, and this has never surfaced. Why now and not during the primary? Could it be that the Dems had nothing on Luther Strange, were hoping Moore would win, and saved this for the general election? Campaigns are famous for October Surprises, only this one happened in November.

Motivation of the accusers: One of the accusers worked for Hillary Clinton. Is this a Democratic plot to simply destroy Moore’s reputation and steal a Senate seat from a deeply conservative state?

Credibility: Hard for the general public to know who to believe in instances like this, but one accuser bringing out someone like Gloria Allred sends up more red flags than a Russian parade. If there’s a book deal, story sold to a tabloid or lawsuit coming, that’s something to consider.

Motivation of the reporter/news organization: Works for a left-wing newspaper. The lead reporter’s Twitter account shows she follows liberal publications. Does she have an agenda? What sort of stories has she written before, and do they reveal anything about her political leanings?

Political motivation: The stakes couldn’t be higher with the GOP Senate majority so slim. One vote stopped the health care repeal. One more could stop tax reform and the President’s agenda. Politicians are the most spiteful, vindictive people you can imagine. And considering the number of establishment Republicans who have asked Moore to step aside, the Democrats aren’t the only ones who don’t want him in office. Might some establishment Republicans be secretly behind this?

Back to what an ethical reporter now has: a lot of accusations on one side, a strong denial on the other, a whole bunch of red flags, a possible political agenda, seriously curious timing. The women have similar stories and Moore has a history of being a maverick. Suddenly the reporter feels like a judge in a divorce hearing. Who do you trust? But the big thing that brings a good reporter to a screeching halt… there’s not one single bit of proof. I’ve worked for seven news directors, and I doubt any of them would have run this story. Because so far there are no accusations that can be proven.

Of course, some news organizations believe what used to be the old newsroom joke: never let the facts get in the way of a good story.

As a reporter, you might be sitting on a potentially explosive story like this, but without anything to back it up, should you run it? Are you willing to destroy someone’s reputation without being absolutely sure the story is true? And how would you feel if you ran something like this, destroyed the accused, and it turned out to be false? How would you feel if it was done to you? The reporter’s reputation is on the line as well. If you’re wrong, it’s a career killer.

The truth may come out or we may never know what, if anything, really happened. Right now it’s up to the voters of Alabama. And, having lived there, I can tell you they don’t give a damn what Washington thinks.