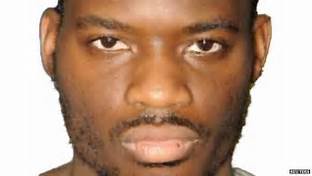 A rising number of prisoners caught with extremist Islamist texts in UK jails is fuelling fears the prison system is becoming a hotbed of radicalisation.

Since June last year, there have been 56 cases of books identified as “containing extremist material” likely to present a threat to good order or national security being confiscated, according to Ministry of Justice records obtained by The Telegraph.

Just 12 books were recovered in the seven months between June and December 2016 – less than two a month. But, in the next 11 months, between January and October 2017, the number more than doubled to four a month, with 44 discovered.

“Radicalisation in prison is a real and present danger which we have seen growing in scale. Purveyors of hateful ideologies will take full advantage of the ungoverned spaces in British jails.

“The prison service has an obligation to get a grip on this phenomenon and stop the hand-wringing political correctness that has prevented decisive action against extremism for so long.

“We simply cannot tolerate a situation where people go into prison as criminals and go out as converted terrorists.”

“We know of several cases where 16-year-olds went into prison in the UK for petty crimes and then, two or three years later, they have been radicalised and come out as a dangerous terrorist.”

The Ministry of Justice said: “We have delivered on our plans to house the most subversive prisoners in separation centres, preventing their influence over others, and have provided more than 8,500 front-line staff with enhanced training to tackle this evolving threat.”

“We cannot tolerate a situation where people go into prison as criminals and go out as terrorists.”

Last year, it was reported that the government had allegedly attempted to cover up a report on Islamist extremism in prisons, revealing how some staff fail to tackle the problem for fear of being called racist.

The independent review commissioned by the Justice Secretary found Islamists behind bars were exploiting the “sensitivity to racism” among prison staff to make spurious reports of discrimination.