Health insurers in multiple states could increase rates sharply on the Obamacare exchanges for 2019, with premiums in Maryland’s individual market set to jump as much as 91 percent.

By comparison, the average rate hike of nearly 5 percent sought in Pennsylvania’s individual market under the Affordable Care Act would be peanuts. 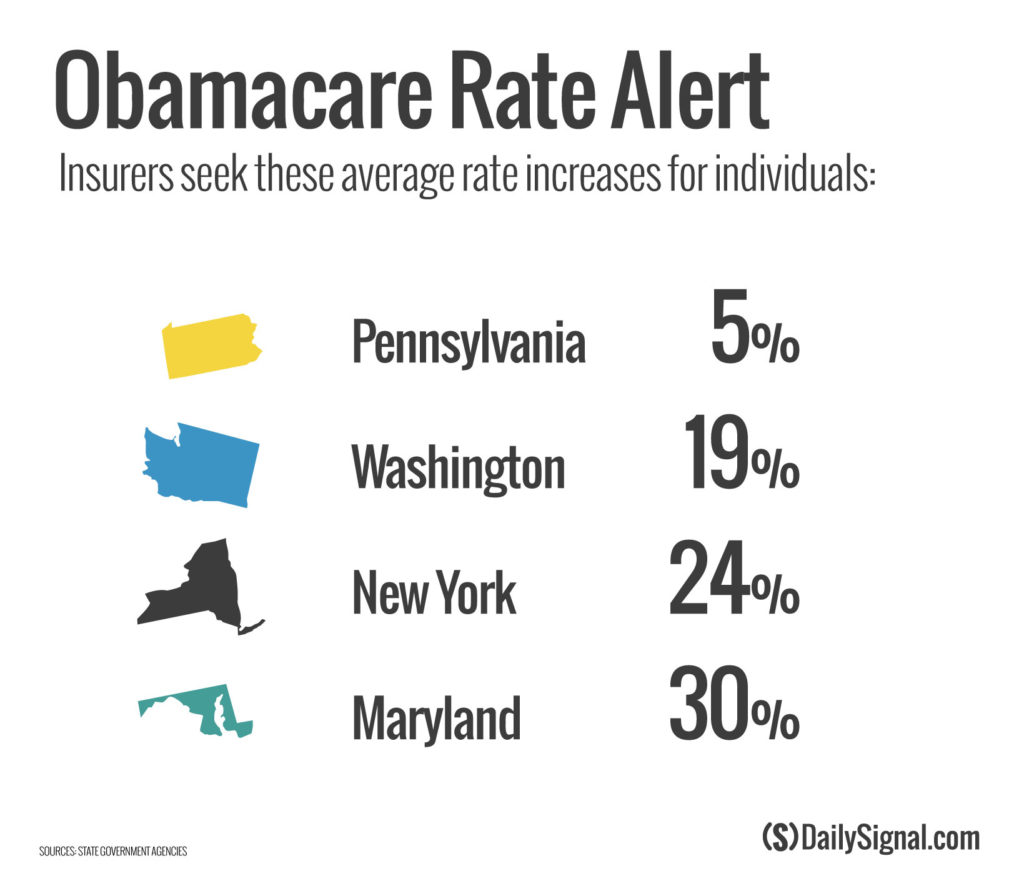 “It is clear in this that what the ACA has done is created through regulations and subsidies basically a high-risk pool in the individual market,” Ed Haislmaier, senior research fellow in domestic policy studies at The Heritage Foundation, told The Daily Signal in an interview.

In Maryland, CareFirst requests an increase of 91 percent for a plan currently covering 15,000 residents.

Maryland and other states blame congressional Republicans’ tax reform package, which repealed Obamacare’s individual mandate when it went into effect Jan. 1, as a reason for the projected rising rates.

New York state’s Department of Financial Services noted that “insurers have attributed approximately half of their requested rate increases to the risks they see resulting from its repeal.”