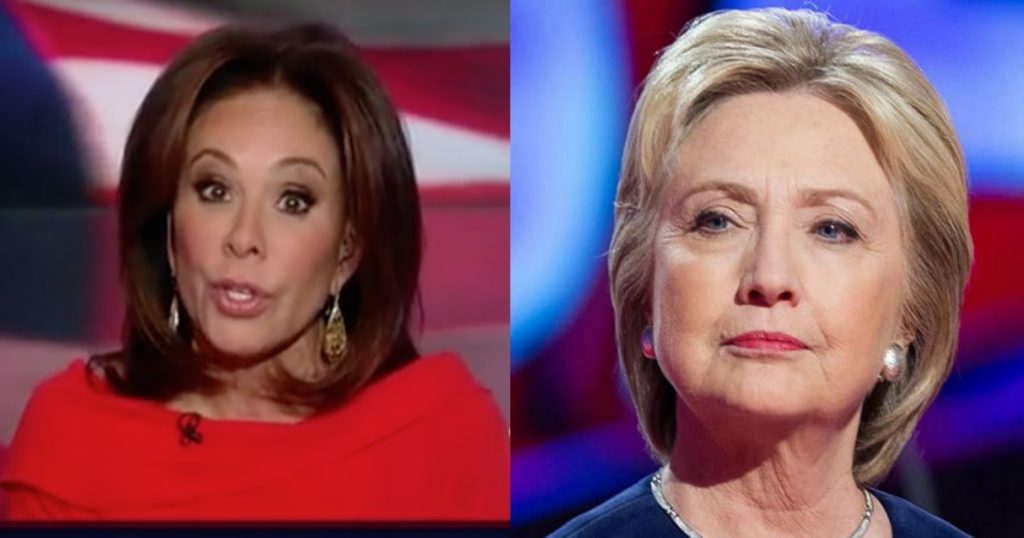 During her Saturday Fox News Channel “Justice” opening statement, Jeanine Pirro declared that it is time to lock Hillary Clinton after the report that the Clinton campaign funded research that resulted in the Steele Dossier.

“It’s time to shut it down, turn the tables and lock her up,” Pirro said of Clinton. “That’s what I said. I actually said it. Lock her up.”

Pirro went on to say that Special Counsel Robert Mueller and Deputy Attorney General Rod Rosenstein need to “be fired immediately” for the handling of the Hillary Clinton email scandal and Uranium One deal, adding former FBI Director Jim Comey needs to be investigated for his role.

“It’s time for the Republicans to step up to the plate to man up and do their job or get the hell out,” Pirro concluded.