According to The Columbus Dispatch, Planned Parenthood is hoping to raise $1.5 million this election cycle.

OpenSecrets.org has published the super-PAC’s 2018 Summary Data, along with a full list of donors. 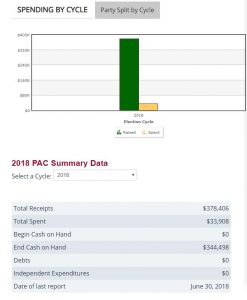 “This administration (of Republican Gov. John Kasich) has been the most harmful to the work we’ve done,” Inskeep said, adding that she worried Republican lawmakers would continue to target her organization after the election on November 6th.