The people of Germany are turning against their leadership as migration is rocking the already tenuous Berlin coalition. Crime in Germany is way up. Big mistake made all over Europe in allowing millions of people in who have so strongly and violently changed their culture!

President Trump does not want those same policies for America.

We don’t want what is happening with immigration in Europe to happen with us!

It the liberal media about an hour to attack President Trump and defend Germany. 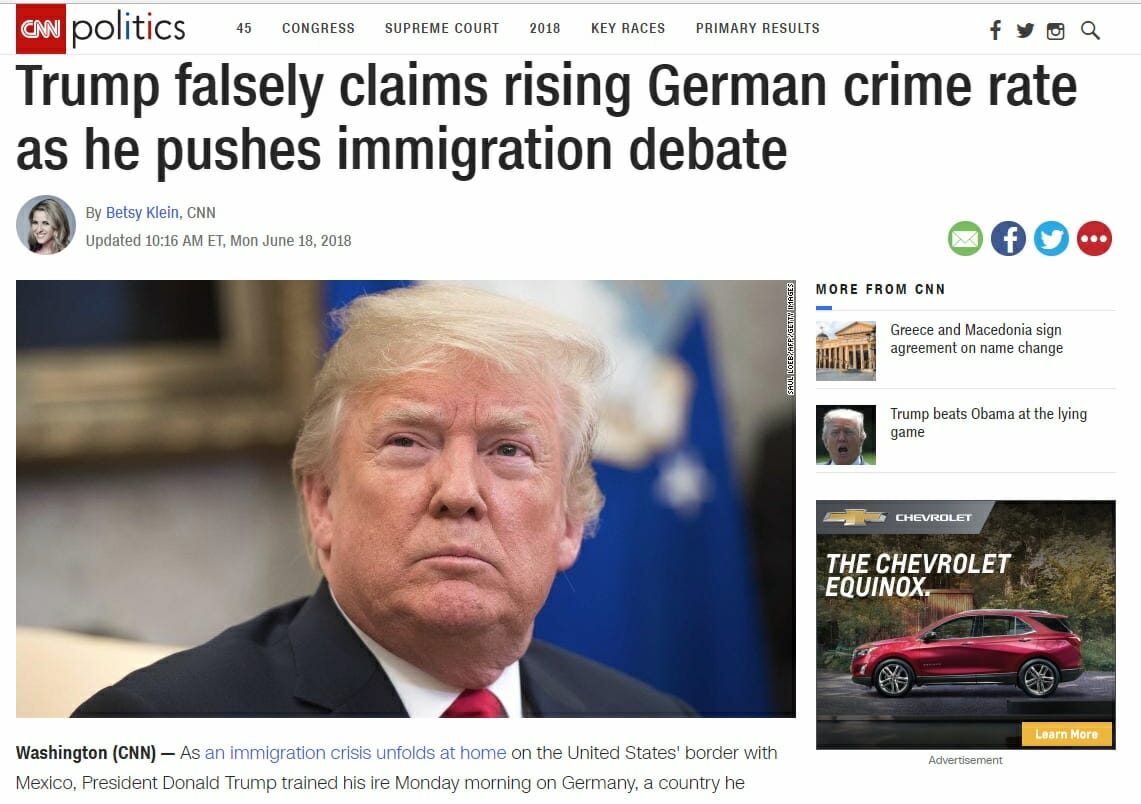 But CNN does not mention that foreigners committed 30% of the crimes or that anti-Semitic crime is up in the country.