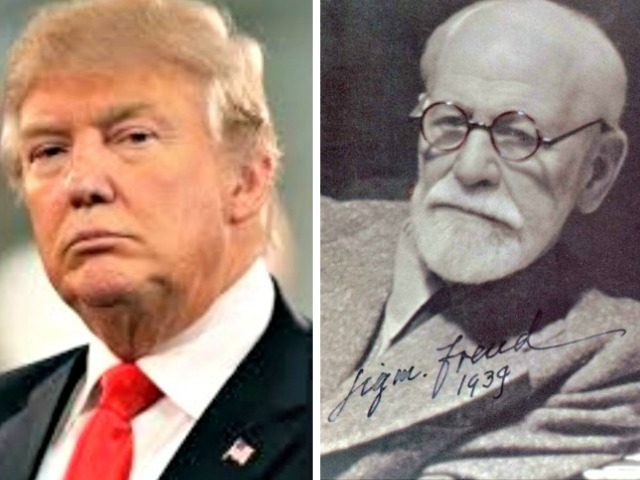 The American Psychoanalytic Association has issued a statement to its 3,500 members saying they should not feel bound to a long-standing ethical rule that stated experts in the field should not comment on a public figure’s mental health unless they themselves had conducted an examination — even the President of the United States.

“The impetus for the email was ‘belief in the value of psychoanalytic knowledge in explaining human behavior,’” the association’s past President Dr. Prudence Gourguechon and a psychiatrist in Chicago, told the STAT News website. “We don’t want to prohibit our members from using their knowledge responsibly.”

“It will likely make many of its members feel more comfortable speaking openly about President Trump’s mental health,” the website article said.

The longstanding protocol of the American Psychiatric Association, called the “Goldwater rule,” put forth the prohibition on offering opinions about the mental state of public figures. It was adopted after psychiatrists answered a 1964 survey on whether Sen. Barry Goldwater, the Republican presidential candidate that year, was mentally fit for the Oval Office.

“The rule states that it is unethical to offer a professional opinion about a public figure’s mental health, including the presence or absence of a disorder, without that person’s consent and without doing a standard examination,” the STAT News article said.

In March, the psychiatric association reaffirmed the rule, according to STAT News.

Dr. Leonard Glass, a psychiatrist at Harvard Medical School, said in a commentary that the rule keeps he and his colleagues from doing their job.

“The rule against psychiatrists offering their analysis of the emotions, thought patterns, and beliefs underlying such behaviors, Glass said, robs the public ‘of our professional judgment and prevents us from communicating our understanding’ of the president’s mental state,” STAT News reported.

“Last week, in an essay in Psychiatric Times, Glass called the prohibition on such communication ‘an unacceptable infringement on my right and duty’ to discuss issues ‘where the perspective of psychiatrists could be very relevant and enlightening.’

“He ended the essay by announcing his resignation from the American Psychiatric Association, which adopted the rule in 1973,” STAT News reported.

“Although the American Psychological Association ‘prefers’ that its members not offer opinions on the psychology of someone they have not examined, it does not have a Goldwater rule and is not considering implementing one,” an official told STAT News.

But the psychoanalytic association explicitly stated in its email statement that the organization does not subscribe to the rule.