A colossal waste of time, money, and the public’s attention span is underway in the golden state.

Casey Tolan of the Mercury-News reports:

For the first time since before the Civil War, voters across California will decide in November on a proposal to split up the Golden State – potentially remaking it into three new states.

Supporters of the radical plan submitted more than 600,000 signatures, and a random sample projected that enough are valid that the measure can go before voters, setting up a campaign that is sure to attract a carnivalesque atmosphere and only-in-California chuckles from across the country.

Here is how the measure proposes to divide the land: 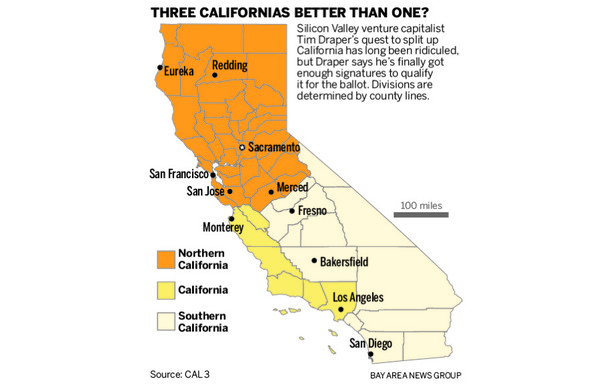