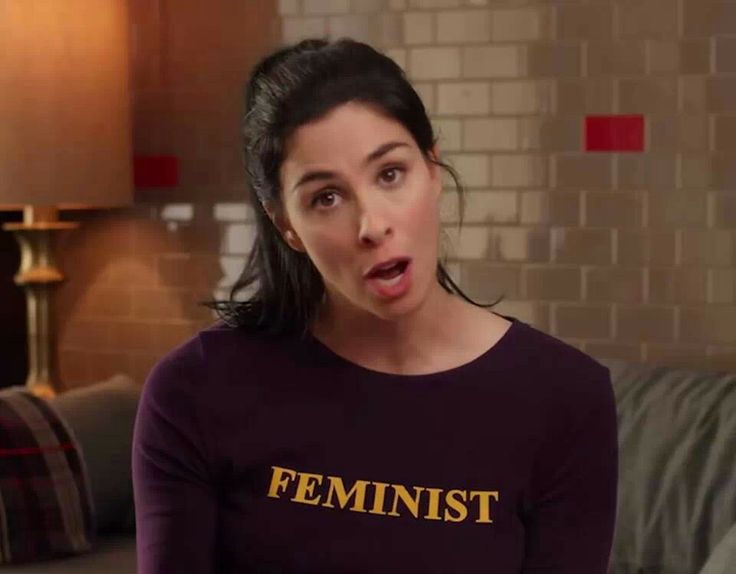 Never one to shy away from a controversial topic, comedian Sarah Silverman thought she would jump on the social justice warrior bandwagon, but instead of promoting the continued takedown of Confederate monuments, Silverman thought it would be a good idea to take away Columbus Day, which she describes as a “sham holiday.” These people never stop.

Silverman responded to Geraldo Rivera’s sarcastic tweet, asking if Robert E. Lee is to be erased from history, why not erase Columbus Day, whose arrival “ignited genocide of Native Americans.”

Apparently, Silverman missed the boat on this one. Pun intended. Rivera was being facetious in his tweet, basically saying if you take away everything from America’s past, it’s basically taking away part of history, which hard as they might, can never truly erase. 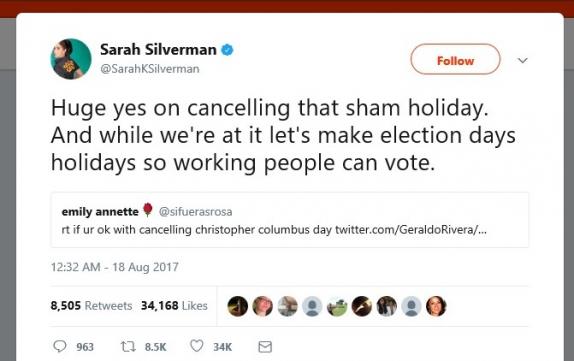 Instead, Silverman has the great idea of making Election Day an official holiday, “so working people can vote.”

Doesn’t Silverman know working people already vote? I mean, working men and women all across the country have voted before work and after work with no problems at all, let alone most states actually have laws that require employers to allow their employees the opportunity to vote, in addition to absentee voting.

We know Silverman is a comedian, but sadly, she wasn’t trying to be funny when suggesting Election Day becoming a holiday so “working people” can vote when they can already do so. Another example of how Hollywood is out of touch with the everyday Americans.