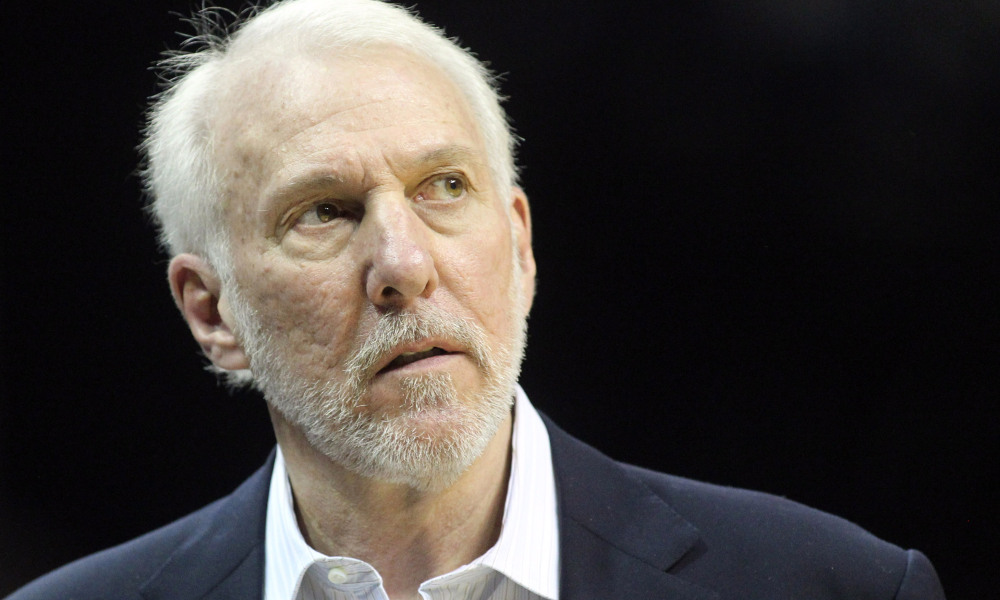 “We have a pathological liar in the White House: unfit intellectually, emotionally, and psychologically to hold this office …”

On Monday, President Trump held an impromptu Rose Garden press conference in which he offered a seeming rationalization for not calling the families of four U.S. soldiers murdered in an ambush attack by extremists in Niger, asserting:

I felt very, very badly about that, I always feel badly. It’s the toughest calls, the toughest calls I have to make are the calls where this happens. Soldiers are killed. It’s a very difficult thing. The traditional way, if you look at President Obama and other presidents, most of them didn’t make calls; a lot of them didn’t make calls. I like to call when it’s appropriate, when I think I’m able to do it.

Trump’s claim that prior presidents had eschewed calling the families of fallen soldiers elicited a firestorm of criticism from various quarters, but the most strident assault came from San Antonio Spurs coach Gregg Popovich, who underwent Air Force intelligence gathering and processing training as well as serving five years of required active duty in the United States Air Force. Popovich blasted Trump as a “soulless coward.”

Speaking to Dave Zirin of The Nation, Popovich started by clarifying he wanted his comments to go public, saying, “I want to say something and please just let me talk and please make sure this is on the record.” Then he launched the torpedo:

I’ve been amazed and disappointed by so much of what this President had said, and his approach to running this country, which seems to be one of just a never ending divisiveness. But his comments today about those who have lost loved ones in times of war and his lies that previous presidents Obama and Bush never contacted their families, is so beyond the pale, I almost don’t have the words.

This man in the Oval Office is a soulless coward who thinks that he can only become large by belittling others. This has of course been a common practice of his, but to do it in this manner–and to lie about how previous Presidents responded to the deaths of soldiers–is as low as it gets. We have a pathological liar in the White House: unfit intellectually, emotionally, and psychologically to hold this office and the whole world knows it, especially those around him every day. The people who work with this President should be ashamed because they know it better than anyone just how unfit he is, and yet they choose to do nothing about it. This is their shame most of all.

that's a fucking lie. to say president obama (or past presidents) didn't call the family members of soldiers KIA – he's a deranged animal.

A spokesperson for former President George W. Bush confirmed that Bush had written to families of fallen soldiers in addition to calling hundreds, if not thousands, of loved ones.

Trump later backed off, saying of Obama, “I was told that he didn’t often, and a lot of presidents don’t. They write letters. President Obama, I think, probably did sometimes and maybe sometimes he didn’t, I don’t know, that’s what I was told. All I can do, all I can do is ask my generals. Other, other presidents did not call, they’d write letters and some presidents didn’t do anything.”

Popovich has been hostile to Trump for some time; the day after Trump’s inauguration he stated, “I’d just feel better if somebody was in that position that showed the maturity and psychological and emotional level of somebody that was his age. It’s dangerous and it doesn’t do us any good.”

In May, Popovich doubled down, saying:

But to this day I feel like there’s a dark cloud, a pall over the whole country. It’s got nothing to do with the democrats losing the election. It’s got to do with the way one individual conducts himself. And that’s embarrassing. It’s dangerous to our institutions, and what we all stand for and what we expect the country to be. But for this individual, he’s in a game show. And everything that happens begins and ends with him. Not our people or our country; every time he talks about those things, it’s just a ruse. That’s just disingenuous, cynical and fake.