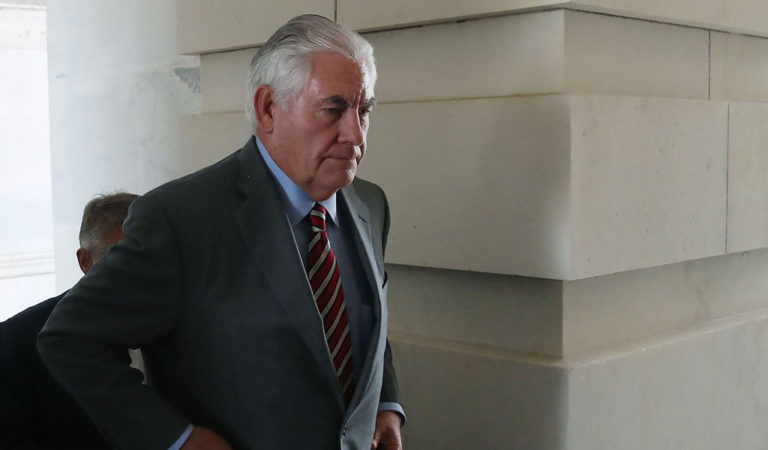 “The group was interested in U.S. policy on Jerusalem given events on the Temple Mount/Haram al Sharif last month, and met a cross-section of working level officials from different offices in the Department,” continued the official.

The MB affiliate boasted about its meeting with State officials, the identities of whom remains unknown.

In an August 10 statement, USCMO said:

Representatives of the US Council of Muslim Organizations (USCMO), a coalition of leading national and local American Muslim organizations, met yesterday with State Department officials to discuss the ongoing Al-Aqsa Mosque crisis and Israel’s denial of religious freedom in Jerusalem, which is holy to the three Abrahamic faiths.

During the meeting at the State Department, the USCMO delegation highlighted the religious significance of Jerusalem and the Al Aqsa Mosque sanctuary – one of Islam’s holiest site … Officials assured the group the United States is committed to maintaining the safety and security of worshipers in Jerusalem.

There is a factional debate reportedly under way within President Donald Trump’s administration over adding the MB itself to the State Department and Treasury lists of foreign terrorist organizations.

Several Muslim-majority countries, including U.S. allies Saudi Arabia and Egypt, have officially labeled the Muslim Brotherhood a terrorist organization. In their declarations, they urged the United States to follow suit and label both the MB and affiliates like the Council on American-Islamic Relations (CAIR) terror groups. CAIR has been declared a terrorist organization by the United Arab Emirates and was named by federal prosecutors as an unindicted co-conspirator in a Hamas-funding operation. It is a member group of the USCMO.

On Sunday, Ryan Mauro, a national security analyst with the Clarion Project, reported that the State Department hosted the MB-affiliated group.

Mauro wrote that Secretary of State Rex Tillerson is opposed to designating the Muslim Brotherhood as a Foreign Terrorist Organization.

“My article is just the latest in an ongoing series documenting problems arising in the Trump Administration’s policies towards Islamist extremism,” he told Breitbart News. “I’m seeing major issues with Secretary of State Tillerson’s treatment of Qatar and the Muslim Brotherhood, perhaps attributable to his close ties to Qatar before joining the administration. Qatar is also on a spending spree for lobbyists, particularly those with close ties to the Trump campaign.”

In his report, Mauro described USCMO as an umbrella organization of Muslim Brotherhood-linked groups that was formed in 2014.

The national security analyst wrote that “a secret memo uncovered by federal investigators” lists several USCMO member groups among “our organizations and the organizations of our friends.” The memo also describes the MB’s work in America as a sort of “grand jihad in eliminating and destroying the Western civilization from within.”

Nevertheless, the Muslim Brotherhood-linked group met with State Department officials to encourage them to pressure Israel.

“We were encouraged by the constructive dialogue at the State Department on this important issues,” declared Oussama Jammal, the USCMO secretary general.