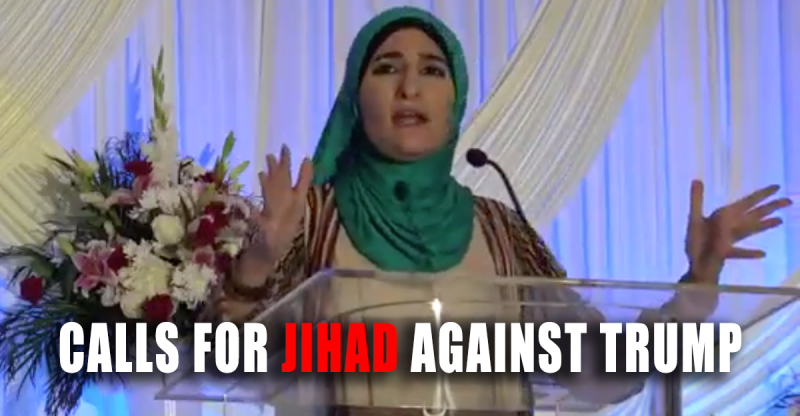 Linda Sarsour is fighting back after being criticized for calling for “jihad” against President Trump and his administration.

During a speech at the Islamic Society of North America Convention, she said:

I hope, that when we stand up to those who oppress our communities, that Allah accepts from us that as a form of jihad, that we are struggling against tyrants and rulers not only abroad in the Middle East or the other side of the world, but here in these United States of America where you have fascists and white supremacists and Islamophobes reining in the White House.

Although Sarsour clearly called for a nonviolent form of jihad—and anyone who suggests otherwise is being intellectually dishonest—hearing the co-chair of the Women’s March on Washington call for “jihad” against the Trump administration was “triggering,” to say the least

America has an ugly history with jihad. For millennials like myself, 9/11 was the defining moment of our generation. On that day, 19 terrorists used “jihad” to justify the killing of 2,977 innocent people, including the parents of some of my middle school classmates.

Instead of acknowledging this—or even being sensitive to the fact—Sarsour doubled down, writing in The Washington Post that it’s our fault for misunderstanding what jihad really means.

“Most disturbing about this recent defamation campaign is how it is focused on demonizing the legitimate yet widely misunderstood Islamic term I used, ‘jihad,’ which to majority of Muslims and according to religious scholars means ‘struggle’ or ‘to strive for,’” she wrote. “This term has been hijacked by Muslim extremists and right-wing extremists alike, leaving ordinary Muslims to defend our faith and in some cases silenced.”

If Sarsour is so concerned about reclaiming the term, she might consider starting by approaching The Washington Post, where she strategically chose to publish her response piece.

“Fifteen Years After 9/11, the Jihadist Threat Looms Larger Than Ever Across the Globe,” reads one headline in the Post.

In all of these articles, not once do the journalists mention the alternative, peaceful meaning of the term “jihad.” And yet, it’s “right-wing extremists” who are at fault for “hijacking” the term.

If Sarsour wants to have a theological debate about the true meaning of jihad, she’s blessed with the platform to start it. But in using this term during this speech, that’s not what she intended to do.

A smart, educated activist, Sarsour knew that calling for jihad against our president would be inflammatory. And then she went one step further—she blamed us for being offended. Here’s an idea—when you purposefully try to provoke people, don’t claim victim status when you succeed.

Linda Sarsour, I pray that when I raise children of my own, they’ll have to know only about the peaceful side of “jihad” of which you so fondly speak. But in a day and age where Islamist terror attacks happen so regularly, we, as Americans, have no choice but to view jihad as an ugly, violent, and painful part of our own personal experience.