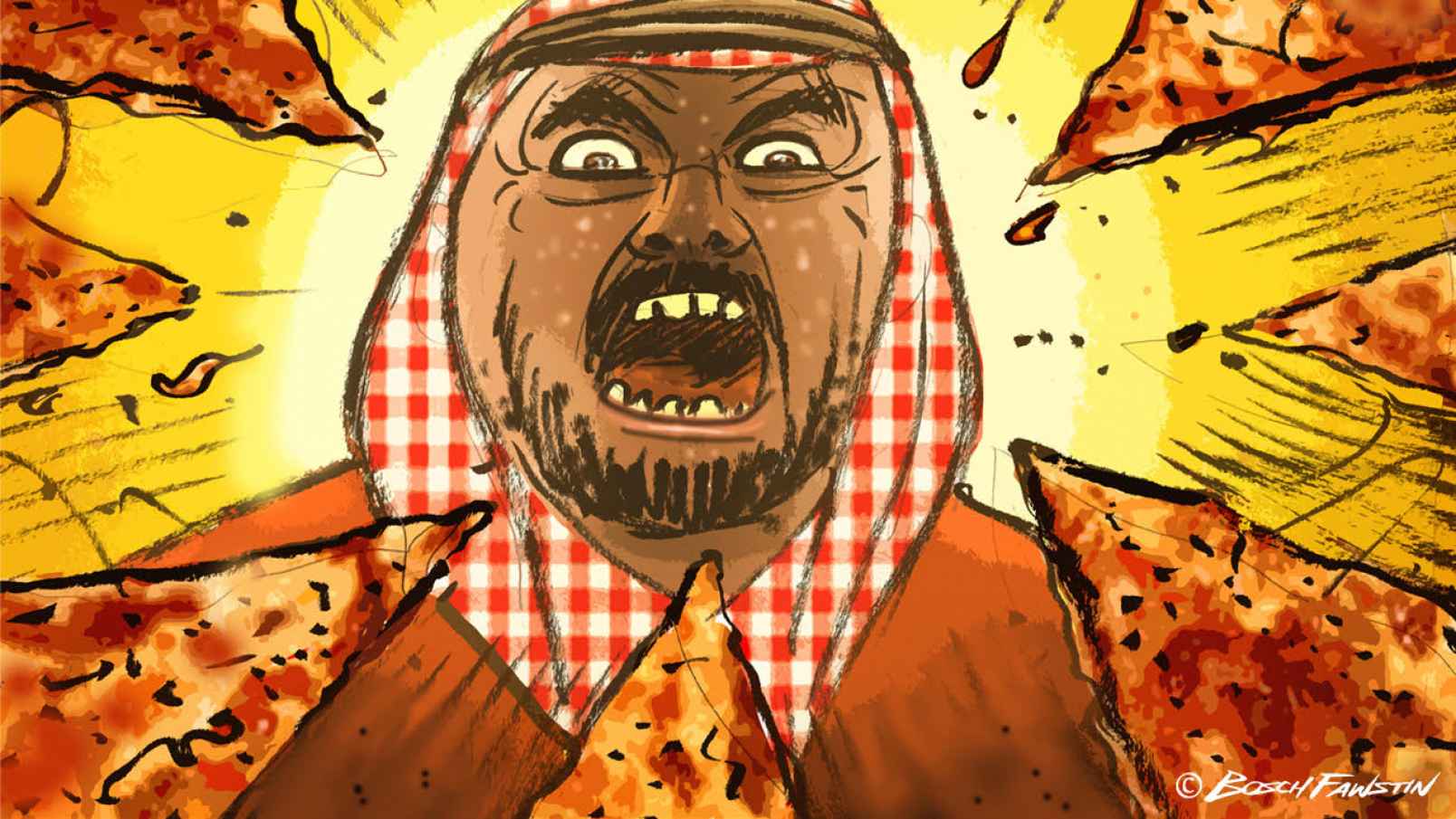 The terrorist pizza place next door.

The New Jersey pizza place that may be the closest link to an ISIS leader doesn’t look like much. There are red café umbrellas out front and its menu offers the usual tangled multicultural fast food mess of Italian, Mexican, Chinese and Greek food. You can pick up the same Hawaiian pizza or baked ziti there or at the dozen other Albanian pizza places dotting this part of the Jersey Shore.

“Are you incapable of stabbing a Kafir [non-Muslim] with a knife, throwing him off a building, or running him over with a car? Liberate yourself from hellfire by killing a kafir [non-Muslim],” Abu Hamza al-Amriki urged Muslims in the same ‘dude’ voice he might have once used to thank customers for their order.

There’s only a slight accent in the top ISIS commander’s voice as he curses America. The local resident has come a long way from slicing pizzas at the Jersey Shore to beheading captured Kurdish soldiers.

Margate City is a small town of six thousand. It’s famous for being the home of two things: Marven Gardens, an area that was once posh enough to make its way into Monopoly’s portfolio of Atlantic City properties, and Abu Hamza al-Amriki, who wants to kill Americans.

Abu Hamza al-Amriki’s real name is Zulfi Hoxha (pronounced ‘hoja’). Zulfi means sword handle. Many Albanian immigrants are secular, the Hoxha clan weren’t. The patriarch of the family, who worked in the pizza business, allegedly took the name Ramadan. His brother and sisters have European names. Like his son, Ramadan may have decided to take on a more Islamic name. He seemed to have drawn on the Koran for the names of his other sons and apparently named his daughter after one of Islam’s holy cities.

Those should have been warning signs. But our immigration system isn’t built to read them.