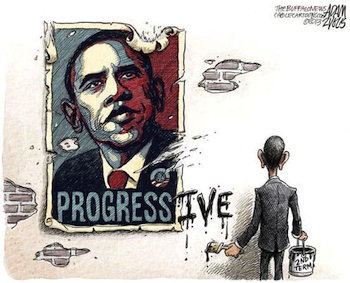 The high cost of rejecting human nature and simple mathematics.

Last week Senator Rand Paul briefly shut the government down in protest of the $500 billion spending bill recently signed by the president. This latest binge will by 2027 increase to $800 billion the already $300 billion we currently spend on servicing the $20 trillion national debt. And that projected increase assumes interest rates at 3.5%. The debt-driving deficits are again approaching $1 trillion a year, meaning the debt will continue to expand beyond 100% of GDP, reaching $30 trillion in a decade.

But like Troy’s Cassandra, who for ten years accurately predicted the city’s destruction, Senator Paul was no more successful at alerting people to the coming calamity. Nor are any of the other fiscal hawks likely to do so either. The majority of citizens and politicians have no interest in our looming fiscal disaster, for they have become used to thinking that entitlements are “rights.”

The fiscal problem is one of simple mathematics. We spend much more than we take in from tax-paying citizens, which leads to more and more borrowing to make up the shortfall. And we have made promises to the people––Social Security, Medicare, and Medicaid––that we have not funded adequately, and that now account for nearly two-thirds of the annual budget. Social Security alone has unfunded liabilities of about $34 trillion, and that’s not as bad as Medicare’s $49 trillion. Worse yet, every day 10,000 Baby Boomers retire, meaning the beneficiaries will continue to expand. And right behind the Boomers are the 66 million Millennials. We’re looking at decades and decades of relentlessly increasing expenditures and the borrowing required to pay for them.

Most of the “solutions” to this problem are preposterous, functioning mainly as a political narcotic to numb the voters’ minds. The left thinks that raising taxes on the “rich” will generate enough money to fund these programs, even though confiscating all the wealth of America’s billionaires couldn’t fund the whole government for one year. The right thinks cutting taxes will create economic growth that will generate enough funds to put us in the black. But we can’t tax or grow our way out of this problem. Half the voters don’t pay federal taxes, nor do payroll deductions cover the whole bill for the average retiree, who will take more in benefits from Social Security and Medicaid than he paid for. Economic growth indeed increases revenues, but we typically spend the extra money instead of saving it so we can pay future bills or reduce the debt.

The working solution, moreover, is political poison. According to one projection, making just Social Security solvent would require a one-third increase in the payroll tax, and a permanent reduction of 25% in benefits. Considering the weeping, wailing, and gnashing of teeth that accompanies suggestions that we reduce increases in benefits, most politicians go nowhere near such suicidal suggestions. And even those who do tend to have safe seats, or are certain that such fixes will never really happen, making their complaints mere rhetoric.

Beyond the dollars and cents, the entitlement state shows just how thoroughly both parties have endorsed the progressive dismantling of our political order. Starting a century ago the progressives pushed the notion that the modern world and its complexities required a technocratic elite to replace self-governing citizens. Power needed to be expanded and centralized in the federal government and its bureaus and agencies staffed by “experts.” Funding the new Leviathan would come from redistributing money appropriated from the “rich.” Programs would be created to transfer these funds, and borrowing could make up for any shortfalls.

What the progressives ignored is the reality of human nature. Give people something for nothing, and they soon come to expect something for nothing as a right. And soon that “something” will metastasize into more and more expectations that also transform into “rights.” And the big government that redistributes money to fund those rights will be expected to keep up with the ever-growing list of goods to which the people are now “entitled.” As the Roman poet Martial said, some people have too much, but nobody has enough.

This malign dynamic accelerated under Franklin Roosevelt, who in 1932 proclaimed “the age of enlightened administration has come,” and that the government should turn to the business of “distributing wealth and products more equitably.” To achieve these aims, the natural rights enshrined in the Constitution, which Roosevelt said had “proved inadequate to assure us equality in the pursuit of happiness,” had to be supplemented by new “rights” created by government fiat. In his 1944 State of the Union, Roosevelt enumerated these rights: “a useful and remunerative job,” “adequate food and clothing and recreation,” a “decent home,” “adequate medical care and the opportunity to achieve and enjoy good health,” “adequate protection from the economic fears of old age, sickness, accident, and unemployment” and the right “to a good education.”

Moreover, the federal government will mainly be responsible for protecting these “rights,” and subsidizing them through government revenues. Worse yet, enforcing these rights necessitates the growing power and expansion of federal agencies, which creates regulatory regimes eroding the freedom and autonomy of states, civil society, families, and individuals who once were responsible for seeing to the well-being of their communities and themselves.

Finally, since governments do not create wealth, paying for this ever-expanding catalogue of “rights’ require redistributing money from some citizens and giving it to others: what Rudyard Kipling called “robbing selected Peter to pay for collective Paul,” thus ensuring that “all men are paid for existing and no man must pay for his sins.” And when fleecing the rich does not provide adequate funds, the government has the power to spend more than it takes in, increasing the national debt.

What’s even more depressing is that political philosophy starting with the ancient Greeks had analyzed the danger to freedom of such an entitlement state. Only they called it “tyranny,” a concentration of power at the expense of freedom. The demagogue and tyrant came to power with the support of the masses, to whom they promised to redistribute wealth from the upper classes to the masses. As Plato wrote, “Do not the leaders deprive the rich of their estates and distribute them among the people?” Aristotle, linking this injustice to civic violence, said that “the demagogues, in order to curry favor with the people, wrong the nobles” by making “a division of their property, or diminishing their incomes by the imposition of public services.” And Polybius, likewise describing the degeneration of democracy into tyranny, describes how the people develop “both an appetite for bribes and the habit of receiving them.” Once “the people have become accustomed to feeding at the expense of others and their prospects of winning a livelihood depend upon the property of their neighbors,” the government degenerates into tyranny.

This history and philosophy had a major impact on the thinking of the Founders, whose principal aim was not “equality” of condition, a chimera, but the protection of political freedom and citizen autonomy as the best defense against tyranny. They knew that rights given by government can be taken away by government. They knew that autonomous free citizens and civil society was better able to manage their lives than a distant, autocratic government, no matter how “soft” its despotism. They knew that dependence on others corrupts character and accustoms people to getting something for nothing. And they saw the dangers in a people who have grown used to taking “the property of their neighbors,” who will not brook a diminishment of those transfers, and who will punish any politician who suggests that they can no longer expect such largess.

So here we are 25 centuries later, proving the truth of this old wisdom. In the unprecedented fat years since World War II, we ceded to the government a lot of power over our lives and fates. Imagine what will happen in the lean years that are coming ever closer and closer. If we think we’re polarized now, wait until the hard choices will have to be made on diminishing the transfers of wealth which we have been trained to believe are sacred rights to which we are “entitled.” History suggests that it won’t be pretty.