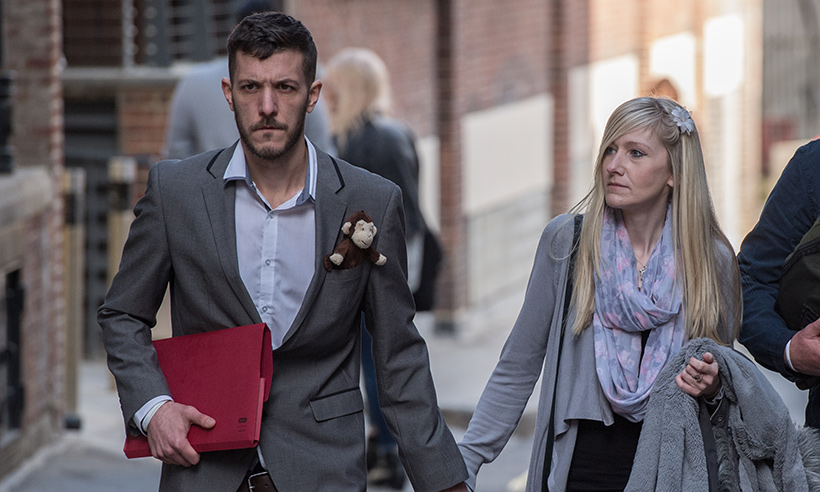 The tragic case of Charlie Gard, the British infant who will soon be taken off life support, has exposed the scale of the malfunction in the British family court system.

This is a court system driven by ideological professionals and overseen by compliant judges who have lost their moorings in Judeo-Christian values.

Charlie is a 10-month-old infant who suffers from an extremely rare and debilitating genetic disease and has already suffered significant brain damage. He cannot move his arms or legs and cannot breathe without the assistance of a ventilator.

On June 8, the United Kingdom Supreme Court permitted the hospital to withdraw such support to enable Charlie to die with “dignity,” in its own words.

However, Charlie has the benefit of two loving and devoted parents who were prepared to do all in their power to preserve the life of their son. They found a leading medical practitioner known as Dr. I, who is a professor of neurology at a mainstream medical center in the United States, and who was willing to facilitate and oversee the provision of nucleoside therapy for Charlie.

The doctor accepted that there was only a remote possibility of any success.

Due to the generosity of the public, to whom an appeal was made, the parents have sufficient funds to pay for Charlie to go to the U.S. for treatment, and it would be possible to transport him under medical supervision across the Atlantic for such treatment.

Nucleoside is a new therapy with uncertain results, but it was, at least, a hope for Charlie. However, Judge Justice Francis held:

Accordingly, the entire highly experienced U.K. team, all those who provided second opinions and the consultant instructed by the parents in these proceedings share a common view that further treatment would be futile. For the avoidance of any doubt, the word ‘futile’ in this context means pointless or of no effective benefit.

The judge refused to permit the parents to seek further treatment in the U.S. and his decision thus ensured that Charlie would die in the U.K.

This case is not about the merits or demerits of nucleoside therapy for Charlie, but the power of a judge to overrule the decision of custodial fit parents on what they deem best for their own child.
Common sense would indicate that any chance of success—no matter how remote—is better that no chance of life.

Judges in the Family Division of the High Court and professional social workers daily make incomprehensible decisions of removing children from loving families, deciding on what is best for a child, or causing more damage than needed by acting under Section 1 of the Children’s Act 1989, which gives the Court jurisdiction to do as it will under the fig leaf of stating that the “welfare of the child shall be the paramount consideration.”

Thus, it was in Charlie’s interest to die, and be denied a “no-cost” experimental treatment that arguably could have improved his condition.

Behind many decisions of the courts are the acts of (poorly educated) social workers, educational psychologists, and local government officers dancing to the tune of political correctness, or at the political direction of their masters.

In recent years, there have been cases of Christian parents being denied the ability to foster a 5-year-old child because of their religious views (the child could potentially be homosexual).

In another case, a family was initially disqualified by reason of their support for British independence from the European Union, which the court later reversed. There is also the scandal of inaction by the same professionals in cases of the rape of numerous girls because many of the perpetrators had Asian (Muslim) identity.

In a recent U.K. case, the social workers backed the right of a 4-year-old boy to transition to a girl. Fortunately, the British judge had some common sense and recognized that this was harming the child.

In the case of the Christian foster carers denied registration because of their beliefs, the government-backed Equality and Human Rights Commission argued it was its responsibility to protect vulnerable children from becoming “infected” with Judeo-Christian ethics on sexual conduct.

The reader should be aware that they are not mistaken in what they have just read, the commission did in fact use the term “infected.”
It is time that courts in the civilized world recognized the fundamental rights of parents to rear their children, and that the state is a neutral actor that should not pursue social agendas under the guise of the “best interests of the child.” The state should only interfere where there is clear exposure of harm to a child (violence, abuse, or neglect).

There must be a clear jurisdictional limitation to the actions of a court—namely that the parent is always a better decision-maker than anyone else, be it a social worker, hospital, or court.

The views of a custodial fit parent must be respected in substance, not merely in the form of platitudes. The parents of Charlie have suffered a great wrong and the consequences will affect many other decent parents.

This arrogance of the elites, who presume to know what is the best for a child over those parents who are deemed too emotive, too uneducated, or who have the wrong religious views, is not a peculiar British problem. This problem is alive and well in the U.S. as well, and must be countered wherever it is found.