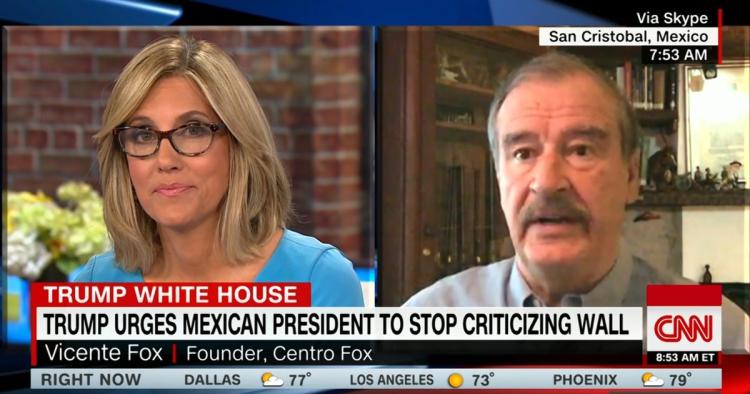 Fox, who has peppered his anti-Trump language with expletives, was asked, “Do you think the president of Mexico should have been more forceful in saying ‘It’s never going to happen?’” about the border wall.

Fox responded, “Well, you can use my words — We’ll never pay for that f*cking wall — for that whole ‘F’ wall.”