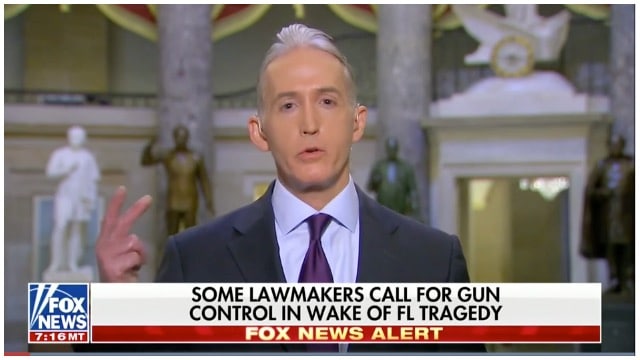 Following the Florida high school shooting which left 17 people dead, Gowdy had a strong message for the left and all gun control proponents.

“I don’t know anyone who would not pass a law today to prevent the next mass shooting, but to Sen. Rubio’s point, you gotta find out how he accessed the gun, we have to find out whether there was a data point in his background where someone could have reported it, whether or not he accessed the gun legally or illegally,” Gowdy explained.