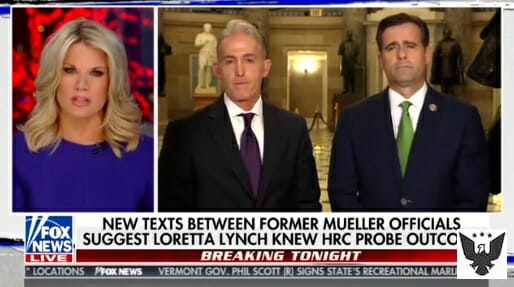 Rep. John Ratcliffe (R-TX) said after reviewing the new text messages he believes there may have been a “secret society” of folks within the DOJ and FBI working against Trump.

Rep. John Ratcliffe and Rep. Trey Gowdy spoke with Fox News on Monday after the news broke about the 50,000 new text messages.