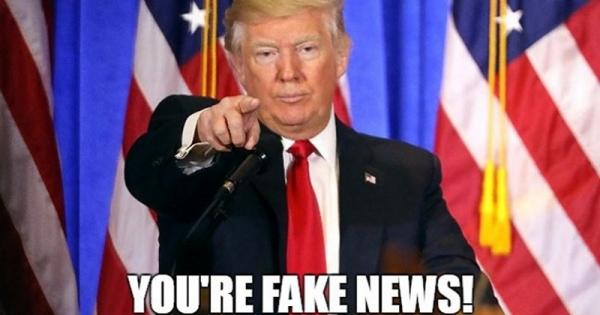 President Donald Trump drove CNN into an emotional fit this weekend by slamming the network for using its global influence to present a negative image of him.

.@FoxNews is MUCH more important in the United States than CNN, but outside of the U.S., CNN International is still a major source of (Fake) news, and they represent our Nation to the WORLD very poorly. The outside world does not see the truth from them!

I’ve actually heard international callers to either Rush Limbaugh or Sean Hannity’s radio shows (I don’t remember which one) assert that the coverage of Trump — most of it negative — they and their peers receive is obtained primarily from CNN.

I don’t remember when I heard this, though, so I’m not going to press this point.

However, I got an interesting tidbit from The Washington Post: “Trump’s point about CNN’s foreign reach is one that the network’s president, Jeff Zucker, has made, too. And a comment Zucker made in January opened the door for Trump to claim that the coverage CNN airs abroad is unfair.”

One of the things I think this administration hasn’t figured out yet is that there’s only one television network that is seen in Beijing, Moscow, Seoul, Tokyo, Pyongyang, Baghdad, Tehran, and Damascus — and that’s CNN. The perception of Donald Trump in capitals around the world is shaped, in many ways, by CNN. Continuing to have an adversarial relationship with that network is a mistake.
Post contributor Callum Borchers rightly noted that this was a rather shady remark by Zucker.

“Zucker seemed to be suggesting that it is in Trump’s best interest, coverage-wise, to treat CNN with a bit more civility,” Borchers opined.

“Journalists are human, but the ones charged with straight news reporting should not cover Trump more favorably if he says nice things about their network or less favorably if he says mean things. Zucker’s comments implied that the president could affect coverage — and, thus, ‘the perception of Donald Trump in capitals around the world’ — one way or the other by being ‘adversarial’ or not.”

To be fair, Borchers also conceded that CNN had a point in its rebuttal to Trump’s claim:

It's not CNN's job to represent the U.S to the world. That's yours. Our job is to report the news. #FactsFirst 🍎

“CNN is right about its job — and the president’s, for that matter,” he wrote.