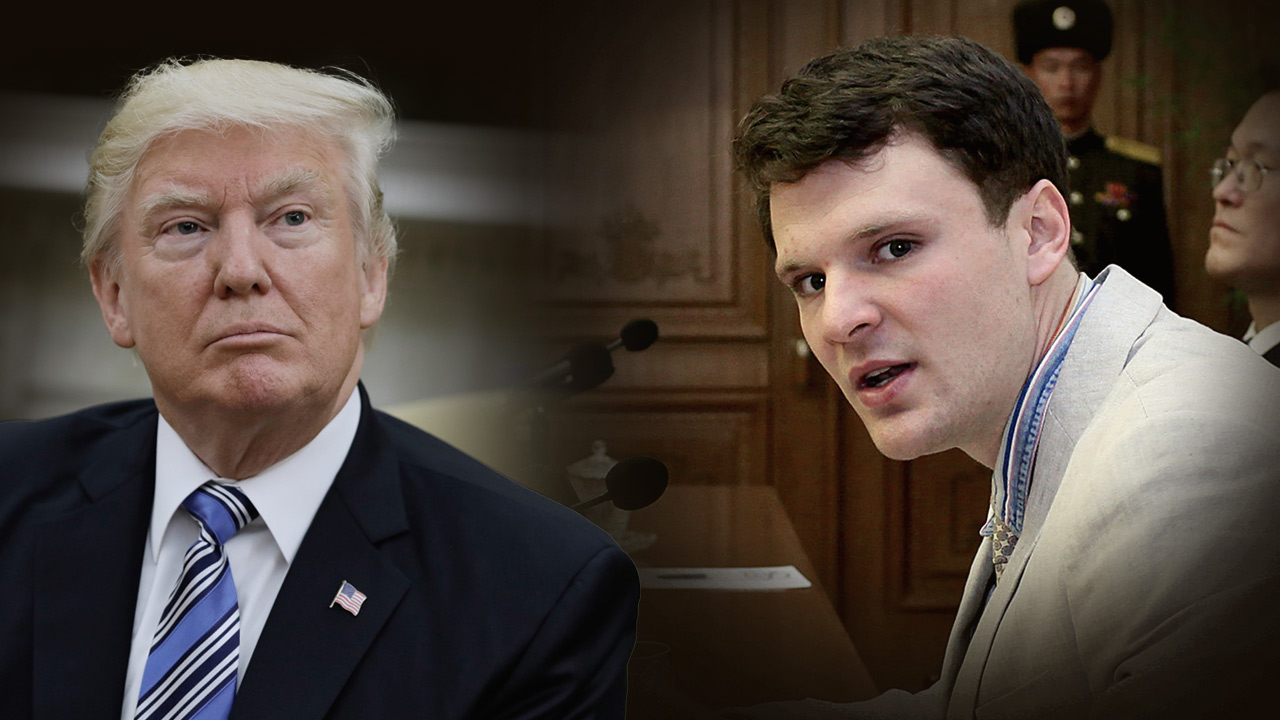 The death of American college student Otto Warmbier, who was detained in North Korea for 17 months and spent more than a year in a coma, has fueled antagonism between the authoritarian regime and the U.S., prompting a U.S. military display Tuesday.

In a show of force against North Korea, the U.S. flew two supersonic bombers over the Korean Peninsula on Tuesday morning, the Associated Press reported. The bombers conducted two separate drills with the Japanese and South Korean air forces in a show of solidarity between the three nations.

President Donald Trump said Warmbier’s death was a “total disgrace” Tuesday during an Oval Office meeting with the president of Ukraine. Had Warmbier been returned home earlier, “the result would have been a lot different.”

It’s common for the U.S. to conduct military drills during times of increased hostility with North Korea. American forces flew bombers near the volatile border earlier this year when Pyongyang conducted a series of banned ballistic missile tests.

Warmbier’s death on Monday – coupled with the refusal of the North Koreans to release their Canadian, South Korean and three remaining American hostages – is “beyond the pale of North Korea’s usual standards,” said John Delury, an expert on the region at Yonsei University in Seoul, according to ABC News.

“I believe it’s going to set back any serious discussion about a diplomatic dialogue until this is cleared up,” said former New Mexico Gov. Bill Richardson, whose foundation helps free political prisoners in North Korea and elsewhere. “I think the first objective has to be to get the three other Americans out, and get a full explanation of what happened to Otto Warmbier.”

Warmbier traveled to Pyongyang in December 2015 and was arrested for allegedly trying to steal a propaganda poster from his hotel. During his imprisonment, he suffered from “extensive loss of brain tissue in all regions of his brain,” his doctors said, though the cause of the trauma is unclear. Warmbier returned home to Cincinnati last week and died Monday afternoon.

The tour company Warmbier used to travel to Pyongyang, China-based Young Pioneer Tours, will no longer take U.S. citizens to North Korea, according to a statement posted Tuesday to the agency’s website.

In a statement released Monday, Warmbier’s parents, Fred and Cindy Warmbier, said their son was “very uncomfortable,” unable to speak, see or react to verbal commands when he returned home. Based on two MRI scans from the North Koreans, doctors at the University of Cincinnati Medical Center determined Warmbier sustained his brain injury before April 2016.

“Unfortunately,” the Warmbiers’ statement said, “the awful, torturous mistreatment our son received at the hands of the North Koreans ensured that no other outcome was possible beyond the sad one we experienced today.”

Warmbier’s death could also hurt the efforts of recently-elected South Korean President Moon Jae-in to repair ties with North Korea, The New York Times reported. Moon has been more open to communicating with North Korean leaders, claiming sanctions alone have not deterred the rogue state’s activities. But South Korean officials now fear it would be difficult to convince the U.S. to engage in dialogue with Pyongyang in wake of Warmbier’s death.

Han Tae Song, North Korea’s ambassador to the U.N. in Geneva, refused to comment directly on Warmbier Tuesday, but denied any misconduct in the country’s treatment of detainees. He said the country operates “according to our national laws, and according to the international standards,” adding that Pyongyang is “not afraid” of any potential future sanctions against the country.

(First reported by US News and World Report and retrieved from MSN) http://www.msn.com/en-us/news/world/us-and-north-korean-tensions-rise-after-otto-warmbier%E2%80%99s-death/ar-BBCXgiF?li=AA4Zpp&ocid=spartanntp   (June 20, 2017)