A Report was released in April of 2017 that received no publicity until recently.

The report was a ruling on the results of an investigation or audit into FISA searches made by Obama’s FBI and DOJ during Obama’s time in office.

The report shows Obama’s FBI and DOJ participated in widespread criminal searches and criminal sharing of data with non authorized entities outside of government.

On April 26, 2017, an unsealed FISA Court Ruling unveiled a number of criminal activities that Barack Obama’s FBI and DOJ participated in during his time in office. The report to date received little attention. Now interest is brewing due to the recent actions of Congress and the report that is expected to be released in the upcoming weeks. 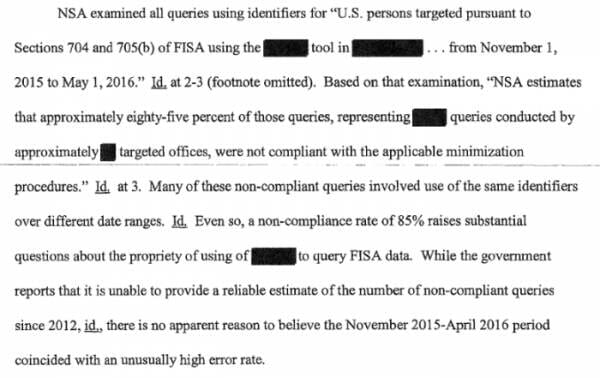