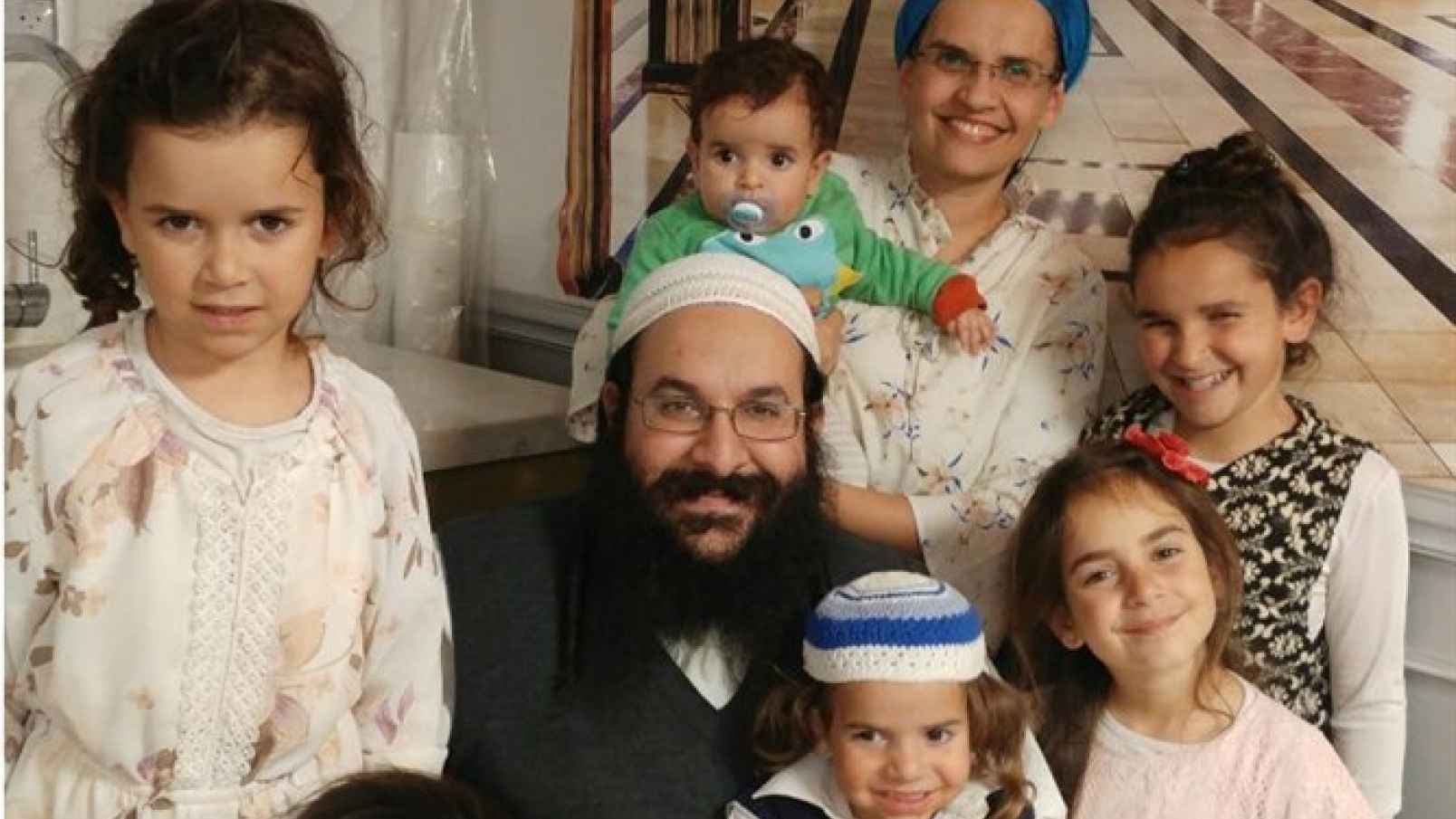 Anyone who follows the news from Israel knows how this usually goes.

Rabbi Raziel Shevach, a 32-year-old father of six, died of his wounds following a shooting attack near Havat Gilad in Samaria this evening. The rabbi leaves behind a wife, 4 daughters and 2 sons, the younger of which is an 8-month-old baby.

Ilana Shevach, mother of Rabbi Raziel Shevach who was murdered in Tuesday’s terrorist attack near Havat Gilad in Samaria, told Channel 20 about her son who left behind a wife and six children.

“Raziel is our oldest son. We have four sons – Raziel, Barel, Matanel and Eldan, and a daughter, Ateret. He was married to Yael, an amazing woman, and they have six children. He was a humble child. From what I heard today at the funeral, I did not believe how much of a righteous man he was,” the mother said.

“My husband was listening to the news on the radio. I’m in mourning, my father died a month ago and we are not watching television these days. He turned on the radio and said, ‘Ilana, there was an attack at Havat Gilad.’ So I told him I was going to call Yael and Raziel. My cell phone was in the kitchen, and then I heard on the news a voice saying, ‘They shot me, shot me in the neck,’ (from Rabbi Shevach’s call to Magen David Adom –ed.) and I recognized his voice.”

That’s the cue for the State Department serving as ambassador to mumble a generic condolence, praise the Palestinian Authority for keeping the peace, and call for all sides to show restraint.

But it’s not business as usual anymore.

An Israeli father of six was killed last night in cold blood by Palestinian terrorists. Hamas praises the killers and PA laws will provide them financial rewards. Look no further to why there is no peace.
Praying for the bereaved Shevach family.

You can see why J Street did everything it could to stop his nomination. But the anti-Israel hate group failed miserably. Though it did manage some entertaining performances from Cory Booker, Al Franken and Brian Schatz.

Palestinian terrorists murdered Rabbi Shevach, father of 6 young children. Hamas & Fatah glorify his murder. This violence & horrific glorification will only incite more attacks & rob Palestinians of the chance for peace. I pray for the Shevach family.

For the first time, American diplomats are standing up to the terrorists, instead of aiding and abetting him. And they’re challenging the Palestinian Authority/Fatah’s support for the terrorist attacks.