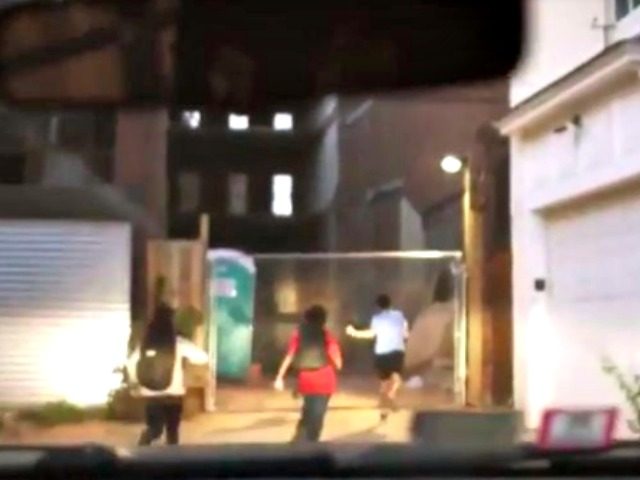 The Latino Victory Fund pulled their “sickening” ad that featured an Ed Gillespie supporter attempting to run down minority children. The Gillespie campaign decried this ad as “disgusting” and an “attack on the people of Virginia.”

Cristobal Alex, the president of the Latino Victory Fund, said in a statement to Breitbart News, “We knew our ad would ruffle feathers. We held a mirror to the Republican Party, and they don’t like what they see. We have decided to pull our ad at this time. Given recent events, we will be placing other powerful ads into rotation that highlight the reasons we need to elect progressive leaders in Virginia.”

The Latino Victory Fund’s decision comes amidst a terrorist attack in New York City that featured a man running several people over with a truck and reportedly shouting “Allahu Akbar.”

The Latino Victory Fund released an ad featuring an Ed Gillespie supporter with a Confederate flag and a Gadsden flag license plate attempting to run down minority children. The ad asked whether President Donald Trump and Ed Gillespie would condone this behavior.

The ad also features footage from the alt-right’s “Unite the Right” rally in August, and the announcer asks, “Is this what Donald Trump and Ed Gillespie mean by the American dream?”

Now, it appears that the Latino Victory Fund pulled the ad due to backlash. The ad no longer appears on Twitter or YouTube.

The Virginia Democrat gubernatorial Ralph Northam campaign did not disavow the Latino Victory Fund’s attack ad on Gillespie and Trump supporters. In fact, the Northam campaign doubled down on the ad’s divisive rhetoric.

Northam spokeswoman Ofirah Yheskel said, “Independent groups are denouncing Ed Gillespie because he has run the most divisive, fear-mongering campaign in modern history. It is not shocking that communities of color are scared of what his Trump-like policy positions mean for them.”

Virginia Delegate Sam Rasoul, a Roanoke Democrat who argued that Democrats should not alienate Trump supporters, said that he disagrees with the ad, although, he contended, “the fear is real.”

“I would rather see groups use messages to inspire action, rather than fight fear with fear,” Rasoul added.

Alex added, “We won’t take it any longer. It’s our moral imperative to stand up for Latino and immigrant families.”

Javier Gamboa, the Hispanic media director for the Democratic Congressional Campaign Committee (DCCC), endorsed the ad in a tweet on Monday, stating, “Powerful ad from @latinovictoryus.”

Breitbart News reported that the race between Gillespie and Northam remains tight. The election is on Tuesday, November 7.

“This is not an attack on Ed Gillespie anymore,” said Chris Leavitt. “This is an all-out attack on the people of Virginia. This latest ad gives a clear indication of just what Ralph Northam and his national Democratic allies think of all of us, and it’s sickening.”