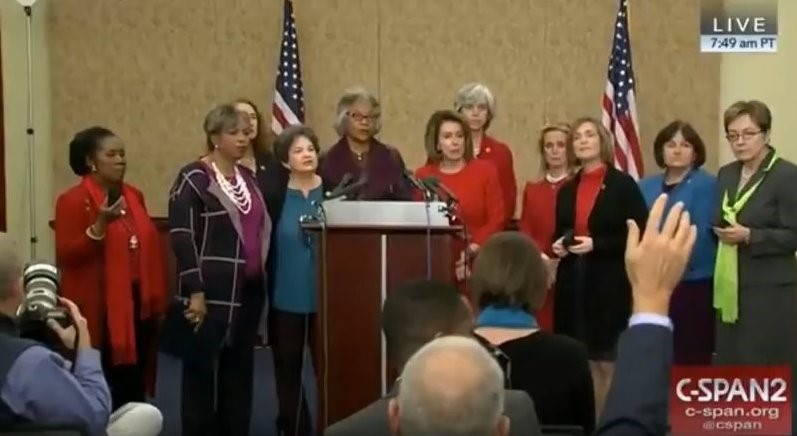 At a press conference Wednesday, a reporter asked Pelosi a simple question after Democrats emerged from the vote: “Has the Democratic Caucus decided who is going to replace Congressman Conyers as the ranking member on the Judiciary?”

“Excuse me, what did you say?” Pelosi shot back as about 10 other congresswomen huddled around the podium explained the question to the 77-year-old lawmaker.

“We just …?” a confused Pelosi stammered.

“We just voted,” another said.

“Oh, oh, it was uh, we had …,” Pelosi said, raising her hands awkwardly with a blank stare into to the room of reporters.

An aide shuffled in and handed Pelosi a note, while the female lawmakers repeated: “Jerry Nadler.”