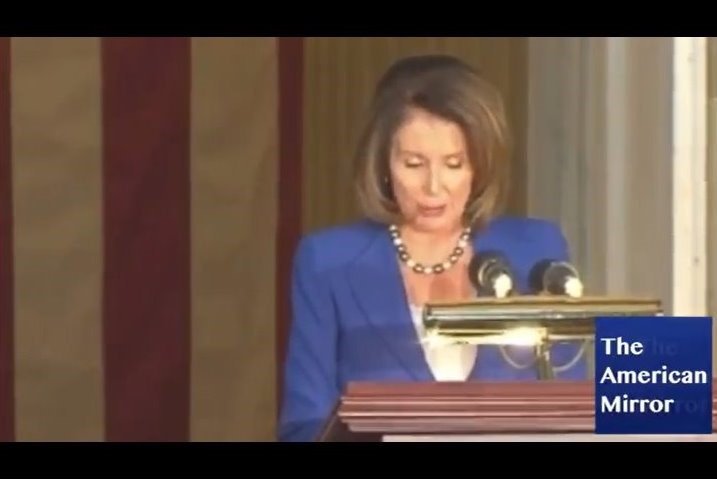 During a Wednesday Congressional ceremony honoring former Sen. Bob Dole, she told President Trump, Vice President Pence, congressional leaders, members of Congress and guests when to clap during her remarks.

“I first want to pay tribute to the sponsors of the resolution,” Pelosi said, “Congresswoman Lynn Jenkins, Congressman — Whip Steny Hoyer, Sen. Roberts and Sen. Leahy. Thank you. Thank you for your leadership in getting this done so expeditiously.

“It is fitting — that was an applause line for our sponsors,” Pelosi interrupted herself before a quiet room at the Congressional Gold Medal ceremony.

She turned to look at Trump and laughed.

“As he healed from the great wo– wounds sustained while risking his life for a fellow soldier and decided to come to Congress and to serve the people of Con– Kansas here,” she said.