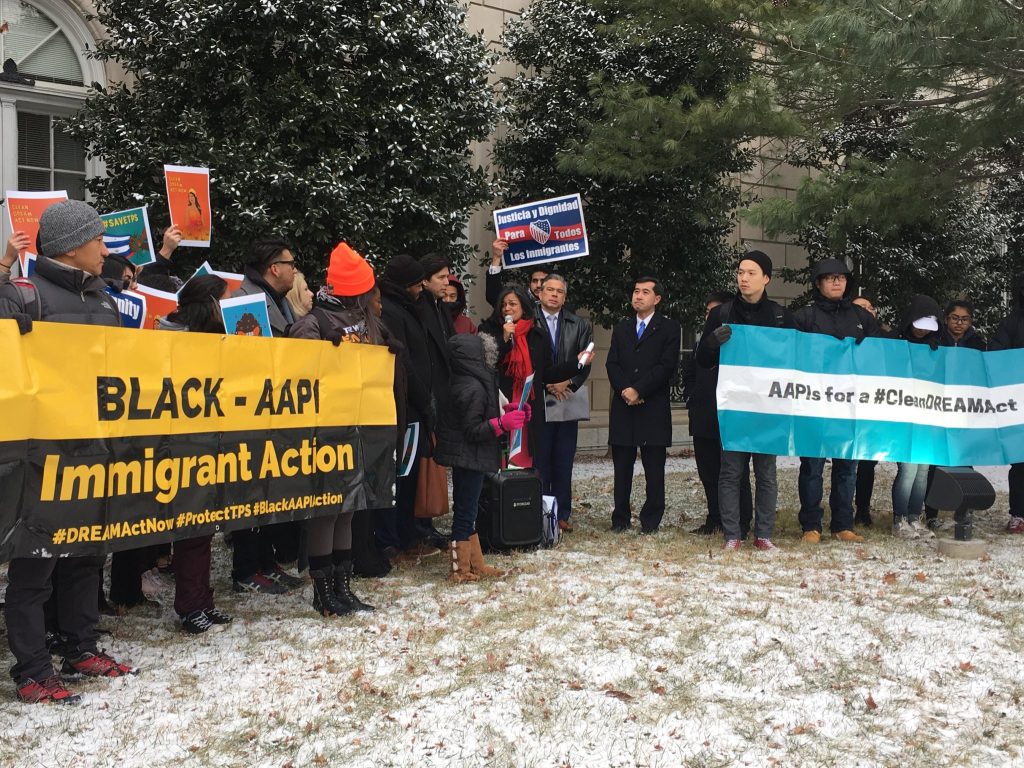 Hardcore leftist, illegal immigration activist and Washington State Congresswoman Pramila Jayapal tweeted that “chain migration” is a “myth” and later claimed “[T]here is no such thing as chain migration. Only family reunification.” During an activist rally on January 17, Jayapal said in part, “chain migration is not real.”

Jayapal is also charging that current immigration policies are “sexclusionary,” favoring men and are, of course, racist. In an OpEd at The Nation (the house journal for the radical Institute for Policy Studies) earlier this month, Jayapal writes:

“Republican attempts to recharacterize this valuable system of family-based immigration as ‘chain migration’ are not just false; they are rekindling a racist ideology that was present at the beginning of our immigration system. Our immigration policy has its roots in excluding immigrants from ‘undesirable’ non-white countries and focusing immigration on white countries, an ideology still scattered through many of our outdated laws.”

Jayapal claims in her editorial that chain migration is a term cynically used by republicans, but Senator Chuck Schumer used the phrase “chain migration” way back in 1990 and had quite a different view than he does now, as the democrat party shifted to a pro-illegal alien position.

A recent OpEd posted at The Hill by Senators Tom Cotton, Chuck Grassley and David Perdue reveals that “chain migration” is not a “myth,” but a very real and damaging policy that encourages entry of extended family beyond spouses and minor children.

“Chain migration is one of the biggest problems in our immigration system today….unlike other advanced industrialized countries, our nation also gives preferences to the extended family members of citizens…This policy has spurred a wave of mostly unskilled immigration into our country.

Today, only one in 15 of the more than 1 million immigrants who are admitted every year are given a visa because of their job skills or entrepreneurial ability. The other 14 immigrants are admitted without regard to their skills. That means that every year we are admitting hundreds of thousands of workers with almost no consideration for the impact their immigration will have on American jobs and wages. That is one of the reasons why polling has shown that over 70 percent of Americans favor limiting chain migration to only the spouses and minor children of legal permanent residents and citizens.”

“In a new Harvard-Harris poll, nearly 80 percent of Americans said they believe ‘immigration priority for those coming to the U.S. should be based on a person’s ability to contribute to America as measured by their education and skills—and not based on a person having relatives in the U.S.’”

The poll can be found here.

Jayapal, the vice-chair of the Congressional Progressive Caucus (founded by Bernie Sanders in 1991), made similar statements during a rally sponsored in part by NAKASEC, a radical group whose affiliate, the HANA Center, hosted Rasmea Odeh, a known terrorist who murdered two young Israeli boys in 1969 just last year as reported at TrevorLoudon.com.

On January 17 2018, Pramila Jayapal protested with DACA activists from NAKASEC and other radical groups.