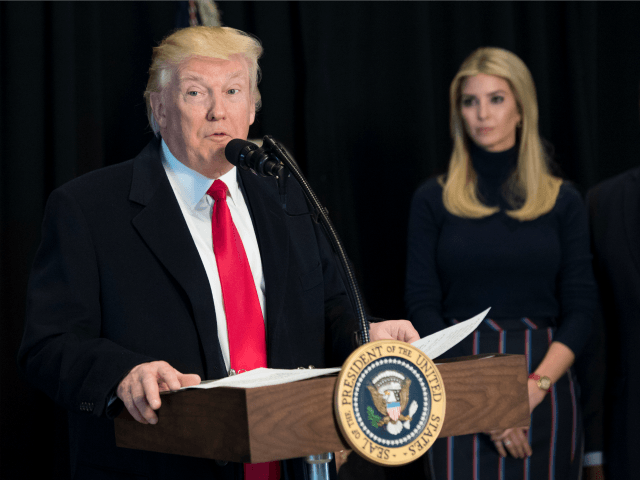 Ivanka Trump will not be traveling with her father President Donald Trump to China, according to the White House, because the president wants her to focus on tax reform.

A White House official confirmed to Breitbart News that Trump’s daughter would not make the trip, despite an invitation from China to visit.

The White House disputed rumors that Ivanka Trump was disappointed that she was not included in the China trip or reports that she and her husband Jared Kushner’s role in diplomatic affairs in the country had been diminished.

“To ensure that the Administration is full steam ahead on tax reform while the President is traveling across Asia, the President asked several top officials including Secretary Mnuchin, NEC Director Cohn and Ivanka Trump to stay in the U.S. and continue to push for comprehensive tax reform – the Administration’s number one priority,” a White House official told Breitbart News.

Ivanka Trump will, however, travel to Japan with the president to give a speech at a conference on women’s empowerment.

She already hosted an event to promote tax-reform in Bucks Country, Pennsylvania and appeared in an interview on the subject with Fox News Host Sean Hannity.

The official noted that in Trump’s absence, cabinet officials and White House advisors would be hosting several events to promote tax reform and meeting with the media and members of Congress.

House Republicans are expected to release a draft of the tax reform legislation on Wednesday.

Ivanka Trump has promoted the idea of expanding the child tax-credit to help working families, a principle that several Congressional Republicans share.