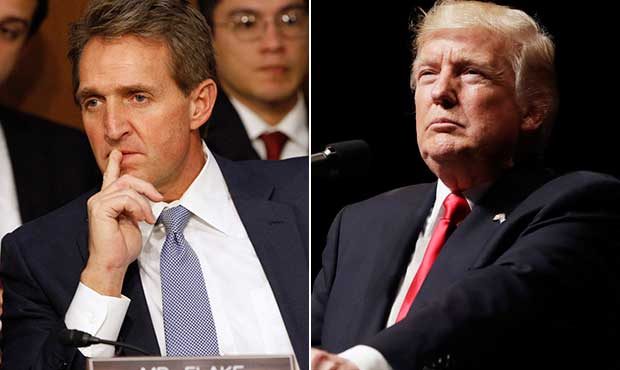 The White House has been meeting with prospective opponents of Sen. Jeff Flake (R., Ariz.) in an apparent effort to put pressure on the senator, who has been a vocal critic of President Donald Trump.

Flake refused to endorse Trump during the presidential campaign and said he could not attend the GOP convention because he had to “mow his lawn.” Now, the Trump administration has had meetings with at least three prospective candidates to run against Flake in the Republican primary, Politico reports.

Flake is up for reelection in 2018 and is considered quite vulnerable.

Trump has vocalized his dislike for Flake. Trump said at a rally towards the end of his presidential campaign that he would spend $10 million of his own money to help a challenger defeat Flake in 2018.

The White House has denied that it is targeting Flake or actively looking for a challenger.