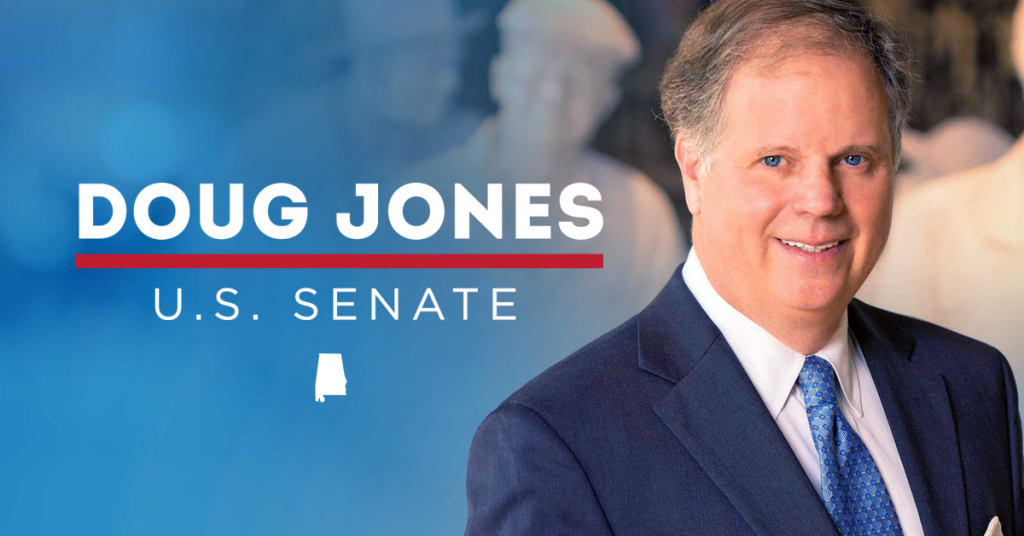 The Alabama Senate election was about everything except Alabama. And in the end, Alabamans stayed home and let the inevitable turnout tide of passion politics take its course. Minority voters rallied to Obama. Republicans stayed home. And the GOP is now holding on to a bare one-seat Senate majority.

The Democrats had abandoned Alabama, along with much of the South. They weren’t interested in Doug Jones until they smelled weakness. And they still aren’t interested in representing Alabamans now. They just want another Senate seat to bring them closer to blocking and impeaching President Trump.

Alabama isn’t a place to them. It’s another chess piece in a Washington D.C. game that they can use to block judicial nominations, shut down the government and reverse the results of the previous election. They have Alabama now, but history suggests that unless they learn the lessons that cost them their former strongholds in the South, they won’t hold on to the seat that they paid a very pretty penny for.

The tide of cash swirled, eddied and drifted along the secret rivers that flowed from Washington D.C. and San Francisco, from Las Vegas and New York City, and decided an election. Timed spending meant that they could avoid revealing their donors. And the biggest spender in the race had no money.

Some of these rivers had strange names.

There was Highway 31.The real Highway 31 links Alabama to Michigan. But the Highway 31 SuperPAC was a money route worth over $4 million leading back to Washington D.C. and New York City. Behind the local name were Senate Schumer’s Senate Majority PAC and the Obama/Hillary Priorities USA Action which was best known for a slimy ad accusing Mitt Romney of killing a steelworker’s wife.

Soros money may have poured down Highway 31 as the secretive shell group became the biggest outside spender in the race. Even though officially its bank account was empty. Instead consulting firms run by Obama staffers did the work on credit for Highway 31. That meant Highway 31 didn’t have to reveal its donors until after the election. Meanwhile Highway 31 ran an ad warning Alabama voters that their votes in the election were a matter of “public record” and that their “community will know.”

Coming up behind Highway 31 was Stand Up Republic. Like Highway 31, Stand Up Republic is a folksy false front. Behind the name that could easily belong to a jeans company or a chain of comedy club is Evan McMullin, a former CIA agent, Wall Streeter and independent 2016 presidential candidate.

Stand Up Republic claims to be fighting for “democratic norms”. McMullin claims to be a Never Trumper conservative. Neither claim holds up very well considering that the only known donor to SUR is Persian billionaire Pierre Omidyar who provided $250,000 to McMullin’s group. The Franco-Persian tycoon is best known for funding The Intercept, a radical left-wing site that specializes in undermining national security and which will be forever linked to the Snowden spy case.

McMullin has claimed that, “Donald Trump is not a loyal American and we should prepare for the next four years accordingly.” His own loyalties appear to be rather complicated. Omidyar’s SUR grant is listed alongside grants like Veterans Against Islamaphophia and Strategies for American Muslim Communities.

Out of these murky waters came $500K in ads.

David Brock’s American Bridge 21st Century got into the game by urging Alabamans to write in the names of popular football coaches. And there was the voter diversion to Highway 31’s voter suppression. The goal on both ends was to depress and dilute the Republican vote. And it happened.

Do David Brock or Evan McMullin really care about Alabama? No more than the slick agency hired to cut ads that would appeal to Alabamans while achieving the political goals of their masters.

This isn’t about Jones or Moore. It’s about Trump. Both men were interchangeable names thrust suddenly into a national game. Staggering amounts of money and power are being leveraged to take Trump down. Alabama was only one of the places marked by the roaring fury of their passage.

The nearly $12 million that poured into Jones’ war chest and the added millions in outside spending were meant to buy a Senate seat for #resistance. No one expects Jones to lead it. But when impeachment comes up, they expect him to vote the right way. And he will.

That’s the way that the game is played.

In the past races were nationalized, now they’re Trumpized. States and districts don’t matter in and of themselves. They’re just chess pieces in a game. And the endgame is checkmate. The game may appear to be played in Alabama or Georgia, but the players are actually in Washington D.C. The strategy failed quite a few times before it finally worked in Alabama. But political consultants can lose a thousand times. They only have to win once. And the win in Alabama will mean big bucks.

And it will mean that the Dems will try to crack conservative states by ‘Mooring’ Republicans. Alabama offers a new strategy for winning by depressing the Republican turnout while relying on Obama to boost the minority vote. That’s where the likes of Evan McMullin come in. Splitting the GOP vote is crucial to this strategy. Hillary Clinton tried it against Trump. And it didn’t work. But it did work in Alabama.

It probably won’t work again. But that doesn’t mean that it won’t be tried over and over again. And what that means is that the political culture of the next few years is about to get even uglier.

But the trouble with political strategies is that they overlook the people who actually vote in elections. Money can occasionally buy elections, but without structural leverage, like massive voter fraud or identity politics bloc voters, it won’t allow the Democrats to reclaim their lost territories for long.

The Alabama victory has Obama’s fingerprints all over it. Not necessarily the man, but the campaign and its strategy of achieving short term victories at the cost of long term defeats by using tactics that are inherently self-defeating. Clever plans that reduce people to numbers that can be nudged in the right direction work, until they suddenly don’t. Because people do have minds of their own.

The Democrats haven’t relearned how to win in places like Alabama by connecting with the concerns and needs of the majority. And without that, any victories that they win are bound to be dependent on temporary cunning stratagems that carry the seeds of their own destruction. Trump Derangement Syndrome will convince the Democrats that they can replicate Alabama nationally when they go after Trump once more. And so Alabama may be the seed of their 2020 electoral defeat.