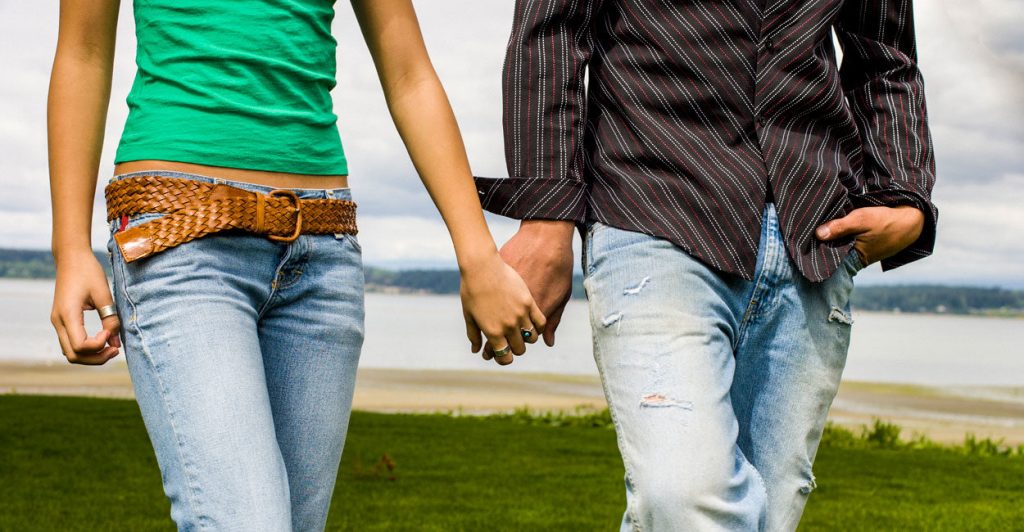 Parents in Ohio lost custody of their 17-year-old daughter Friday because a judge ruled that she should be allowed to receive therapy, including testosterone therapy, to identify as a boy.

Without commenting on the specifics of this case just outside Cincinnati, Americans can expect to see more cases like it as government officials side with transgender activists to promote a radical view of the human person and endorse entirely experimental medical procedures. At stake are not only parental rights, but the wellbeing of children who suffer from gender dysphoria.

Here’s what you need to know.

Transgender activists maintain that when a child identifies as the opposite sex in a manner that is “consistent, persistent, and insistent,” the appropriate response is to support that identification. This requires a four-part protocol, as I painstakingly detail in my new book, “When Harry Became Sally: Responding to the Transgender Moment”:

First, a social transition: giving the child a new wardrobe, a new name, new pronouns, and generally treating the child as if he or she were the opposite sex.

Second, a child approaching puberty will be placed on puberty blockers to prevent the normal process of maturation and development. This means there will be no progression of the pubertal stage, and a regression of sex characteristics that have already developed. Puberty-blocking drugs are not FDA approved for gender dysphoria, but physicians use them off-label for this purpose.

For girls, testosterone treatment leads to “a low voice, facial and body hair growth, and a more masculine body shape” along with enlargement of the clitoris and atrophying of the breast tissue. For boys, estrogen treatment results in development of breasts and a body shape with a female appearance. These patients will be prescribed cross-sex hormones throughout their lives.

To summarize these procedures (described in detail in my book “When Harry Became Sally”): Male-to-female surgery involves removing the testes and constructing “female-looking external genitals.” It may include breast enlargement if estrogen therapy has not produced satisfactory growth of breasts.

Female-to-male surgery often begins with mastectomy. The uterus and ovaries are often removed as well. Some patients will undergo phalloplasty, the surgical construction of a penis, but many do not because the results are variable in quality and functionality.

This four-stage course of treatment is the current standard of care promoted by transgender activists. But the ages for each phase to commence are getting lower. In July 2016, the Guardian reported that “a doctor in Wales is prescribing cross-sex hormones to children as young as 12 who say they want to change sex, arguing that if they are confident of their gender identity they should not have to wait until 16 to get the treatment.”

No laws in the United States prohibit the use of puberty blockers or cross-sex hormones for children, or regulate the age at which they may be administered.

Activists claim that the effects of blocking puberty with drugs are fully reversible. This turns things upside down, for virtually every part of the body undergoes significant development in sex-specific ways during puberty, and going through the process at age 18 can’t reverse 10 years of blocking it. The use of puberty-blocking drugs to treat children with gender dysphoria is entirely experimental, as there are no long-term studies on the consequences of interfering with biological development.

Activists claim that blocking puberty allows children “more time to explore their gender identity, without the distress of the developing secondary sex characteristics,” as the Dutch doctors who pioneered this treatment put it.

This is an odd argument, write three American researchers, all physicians.

The rush of sex hormones and the bodily development that happens during puberty may be the very things that help an adolescent come to identify with his or her biological sex. Puberty blockers interfere with this process.

Normally, 80 to 95 percent of children will naturally grow out of any gender-identity conflicted stage. But every one of the children placed on puberty blockers in the Dutch clinic persisted in a transgender identity, and they generally went on to begin cross-sex hormone treatment at around age 16.

Perhaps the Dutch doctors correctly identified the kids who naturally would persist in a transgender identity, but it’s more likely that the puberty blockers reinforced their cross-gender identification, making them more committed to taking further steps in sex reassignment.

Contrary to the claims of activists, sex isn’t “assigned” at birth—and that’s why it can’t be “reassigned.” As I explain in “When Harry Became Sally,” sex is a bodily reality that can be recognized well before birth with ultrasound imaging. The sex of an organism is defined and identified by its organization for sexual reproduction.

Modern science shows that this organization begins with our DNA and development in the womb, and that sex differences manifest themselves in many bodily systems and organs, all the way down to the molecular level.

Secondary differences between the two sexes—attributes that may be visibly altered by hormone treatment and surgery—are not what make us male or female. As a result, cosmetic surgery and cross-sex hormones don’t change the deeper biological reality. People who undergo sex reassignment procedures do not become the opposite sex, they merely masculinize or feminize their outward appearance.

Sadly, just as “sex reassignment” fails to reassign sex biologically, it also fails to bring wholeness psychologically. The medical evidence suggests that it does not adequately address the mental health problems suffered by  those who identify as transgender. Even when the procedures are successful technically and cosmetically, and even in cultures that are relatively “trans-friendly,” people still face poor psychological outcomes.

Notwithstanding the media hype over supposed differences in brain structure, no solid scientific evidence exists that transgender identities are innate or biologically determined, and some evidence shows that other factors are most likely involved. But in truth, very little is understood about the causes of discordant gender identities.

Starting a young child on a process of “social transitioning” followed by puberty-blocking drugs was virtually unthinkable not long ago, and the treatment is still experimental. Unfortunately, many activists have given up on caution, let alone skepticism, about drastic treatments.

A more cautious therapeutic approach begins by acknowledging that the vast majority of children with gender dysphoria will grow out of it naturally. An effective therapy looks into the reasons for the child’s mistaken beliefs about gender, and addresses the problems that the child believes will be solved if the body is altered.

As I document in “When Harry Became Sally,” mental health professionals liken gender dysphoria to other dysphorias, or serious discomfort with one’s body, such as anorexia, body dysmorphic disorder, and body integrity identity disorder. All of these involve false assumptions or feelings that solidify into mistaken beliefs about the self.

McHugh finds that other psychosocial issues usually lie beneath the false assumptions. Children with gender dysphoria may have  anxieties about “the prospects, expectations, and roles that they sense are attached to their given sex.”

Much like patients with anorexia nervosa, these children mistakenly believe that a drastic change of their bodies will solve or minimize their psychosocial problems. But adjusting the body through hormones and surgery doesn’t fix the real problem, any more than liposuction cures anorexia nervosa.

An effective treatment strategy would “strive to correct the false, problematic nature of the assumption and to resolve the psychosocial conflicts provoking it,” McHugh says. In the case of gender dysphoria, unfortunately, the mistaken belief is often encouraged by school counselors who, “rather like cult leaders, may encourage these young people to distance themselves from their families and offer advice on rebutting arguments against having transgender surgery.”

What these young people need, McHugh advises, is to be removed from this “suggestive environment” and be presented with a different message.

The proliferation of gender clinics in America and gender identity programs in the schools makes it less likely that children will get the help they need to work out their issues. Instead, these children find “gender counselors” who encourage them to maintain their false assumptions.

This is contrary to standard medical and psychological practice, as McHugh, Hruz, and Mayer emphasize. Normally, a child is not encouraged to persist in a belief that is discordant with reality. A traditional form of treatment for gender dysphoria would “work with and not against the facts of science and the predictable rhythms of children’s psycho-sexual development.” A prudent and natural course of treatment would enable children to “reconcile their subjective gender identity with their objective biological sex,” avoiding harmful or irreversible interventions.

The most helpful therapies do not try to remake the body to conform with thoughts and feelings—which is impossible—but rather to help people find healthy ways to manage this tension and move toward accepting the reality of their bodily selves. This therapeutic approach rests on a sound understanding of physical and mental health, and of medicine as a practice aimed at restoring healthy functioning, not simply satisfying the desires of patients.

Biology isn’t bigotry. And as I explain in “When Harry Became Sally,” there are human costs to getting human nature wrong.