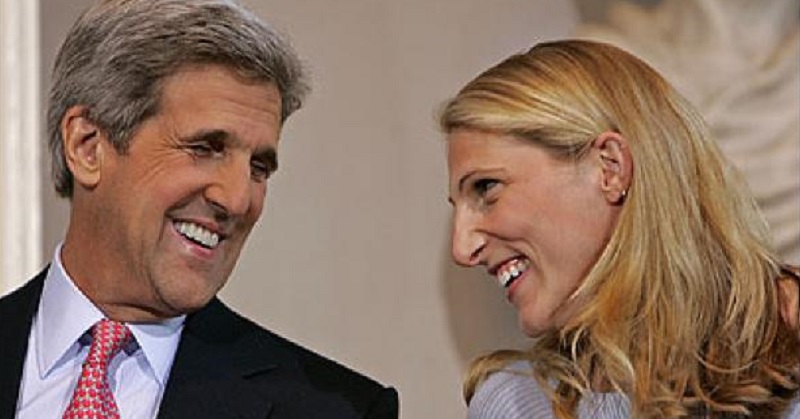 It was reported back in 2016 that then-SecState John Kerry funneled nearly $10 million from the State Dept. to his daughter Vanessa’s nonprofit.

Here are those details…

More than $9 million of Department of State money has been funneled through the Peace Corps to a nonprofit foundation started and run by Secretary of State John Kerry’s daughter, documents obtained by The Daily Caller News Foundation show.

The Department of State funded a Peace Corps program created by Dr. Vanessa Kerry and officials from both agencies, records show. The Peace Corps then awarded the money without competition to a nonprofit Kerry created for the program.