On this episode of Blunt Force Truth, Chuck and Mark have the chance to interview Senator Chris McDaniel and Bart Marcois.

First, Chris McDaniel is running for the U.S. Senate in Mississippi, after his 2014 run was derailed by the establishment. Second, we have Bart Marcois, a returning guest with so much to offer from his career spent working in the State Department.

Chuck starts off the conversation with McDaniel by talking about his time spent campaigning for his 2014 run and the establishment’s role in dictating the election. Chris shares what he is up against in this election, as Mitch McConnell and the rest of the establishment outspend others to get their puppets elected. Chuck and Mark discuss why it is so important for conservatives like Christ to win elections nationwide, and they both give Chris McDaniel their full endorsement.

Chuck and Mark next move right into their interview with Bart Marcois. They start off by talking about the recent anonymous New York Times op-ed piece, and Bart uses his experience to give his opinion on the identity of the author. Their discussion moves to discussing Bob Woodward’s book and claims of having the conversations on tape. The last major topic is the appointment of John Kyl to replace John McCain and what the main purpose was for this appointment. Bart offers some thought on why John Kyl is key for fulfilling President Trump’s agenda. 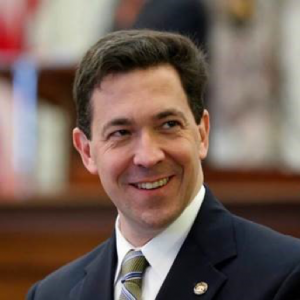 Sen. Chris McDaniel is a 3-term Mississippi State Senator from Jones County. Hehas been a practicing attorney for 20 years, focusing on corporate defense. He is a former federal law clerk and has been named one of Mississippi’s Top-50 Lawyers. At the request of Gov. Phil Bryant, he served as the lead attorney for the State of Mississippi in its lawsuit against Obamacare.

Sen. McDaniel has long been a leader in our Mississsippi’s Republican Party.  He is a former County GOP chairman and member of the State Executive Committee.  He is a two-time winner of the American Conservative Union’s Award of Excellence.

For his work in the state legislature, he has been named Legislator of the Year for the MS Law Enforcement Officers Association, MS Highway Patrol and Mothers Against Drunk Drivers. He has been the primary author of numerous pieces of legislation signed into law in Mississippi, including the Student Religious Liberties Act to help protect student’s right to pray in school.

He and his wife Jill, who is a public-school teacher, are the parents to two boys and live in Ellisville, MS. 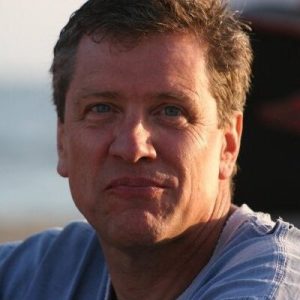 Mr. Marcois (pr. mar-KOYZ) is an analyst who has authored nearly 200 articles on diplomatic and international affairs. He is a writer for OpsLens.com, a group of former military, Special Ops, intelligence, diplomatic and police professionals. Bart was a career foreign service officer and was a senior official in the Bush (43) administration.