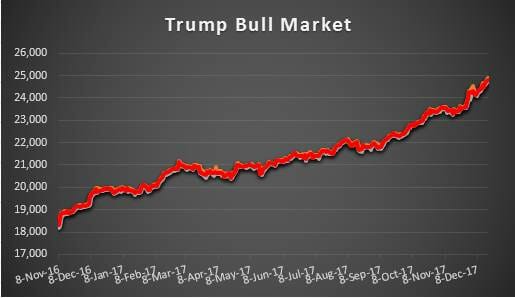 President Trump’s first year in office resulted in the greatest year in stock market history! The Dow ended up nearly 5,000 points for the year which was the highest increase in the Dow’s more than 100 year history. The Dow reached all-time new highs a record 71 times in 2017, breaking the record for the most all-time highs in a calendar year set in 1995.

At the final bell today the Dow closed at its highest closing amount ever at 25,075. Since the 2016 election the Dow is up almost 37%!