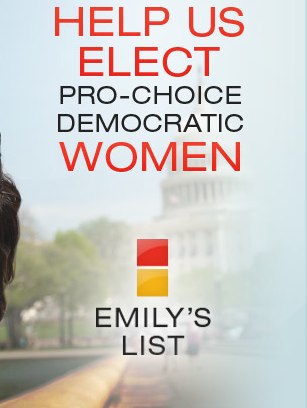 DNC is sending the money to activist organizations because candidates don’t want it.

According to Buzzfeed News, Weinstein bundled more than $1.4 million for Hillary Clinton’s campaign and around half a million for Barack Obama’s, but his most recent donations, totaling around $30,000, have been mostly to the Democratic National Committee.

Initially, the DNC was observing strict silence on the matter, but as public outcry against Weinstein grew – and the Hollywood mega-producer’s plan to redirect anger against his shortcomings to Donald Trump failed – DNC Chair Tom Perez was forced to address the issue. Perez said Saturday that he’d be “redirecting” the $30K to organizations that “help women” – and that includes EMILY’s List, which “helps” women by advocating for abortion.

Perez went on to suggest that those same organization could return the donations to Weinstein.

EMILY’s List says they’ll gladly accept the money, even though it comes straight from a man who is, by all accounts, an unabashed sexual abuser, who used a position of power to exert influence over powerless women – the very definition of “Patriarchy” that EMILY’s List’s feminist allies say exists only among the right-of-center.

Yep, that’s right: feminists will take a decidedly anti-feminist man’s money. It all spends the same, they say. So much for “fighting for women.”

“EMILY’s List plans to continue our work to elect more women to positions of leadership so no woman has to endure sexual harassment at the hands of a powerful man again,” EMILY’s List spokesperson Julie McClain Downey told Buzzfeed.

It’s not entirely clear what electing women to positions of power has to do with stopping men like Weinstein from asking Hollywood starlets to watch them while they shower naked, since the behavior is already proscribed by law. Rose McGowan and Ashley Judd reportedly won multi-thousand-dollar judgments against Weinstein after he allegedly propositioned them.

Champion of women’s rights Hillary Clinton, who claimed to be the savior of the entire female gender, not only failed to neutralize Weinstein, she took more than a million dollars from him, possibly knowing of his despicable behavior.

Perhaps instead of gladly accepting a donation from an alleged serial abuser, a so-called women’s rights organization might be better served to simply give it back. That message would be clear: so long as Hollywood continues to hide sexual harassment within its ranks, they – and even the DNC – cannot absolve themselves simply by redirecting a check.